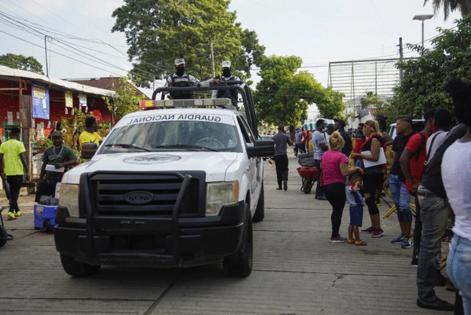 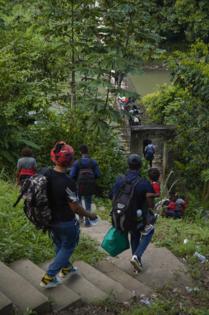 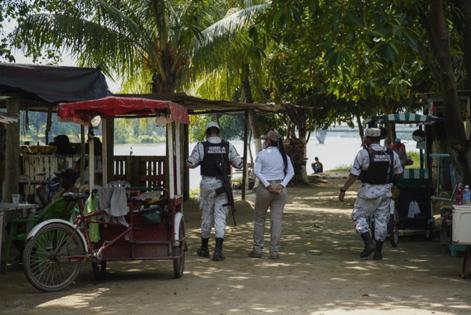 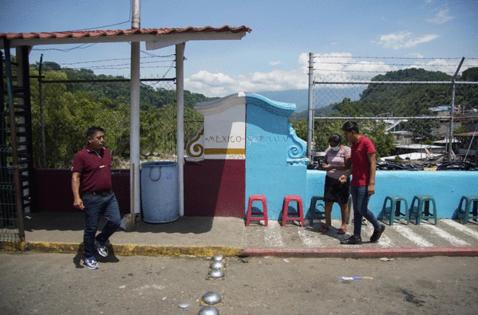 TAPACHULA, Mexico — At towns along the busiest stretch of Mexico’s southern border, there are official crossings over bridges at the ports of entry. Then there are the unofficial crossings, used often by locals to pass back and forth in their daily routines.

In Talismán, that crossing is a zipline that runs underneath the port of entry that costs roughly the same as a San Diego trolley ride. Throughout the day, families and friends whiz north across the river that separates the two countries in order to shop, eat and drink. Men with cargo strapped to their backs and foreheads hitch their goods to the zipline and hang from their packs as they slide across.

In Ciudad Hidalgo, it’s inner tubes with pallets tied to the top that are pushed across the river with long poles. Bicycle taxis wait on the Guatemala side to greet tourists while workers load and unload crates of goods from beer to shampoo that crossed on the makeshift rafts.

Amid all of this cross-border commerce, Mexican immigration officials look the other way — until asylum-seekers try to pass through. Small groups of officials from Instituto Nacional de Migración, or INM, and the Mexican National Guard approach those they believe are trying to migrate north and ask for travel documents. Those without them are detained.

“This has been a crossroads for people for who knows how long, and there’s a lot of culture built up around that,” said Andrew Bahena, who monitors human rights conditions in the area for Los Angeles-based Coalition for Humane Immigrant Rights, or CHIRLA. “Who is not able to cross on those rafts openly? Migrants and people that are seeking protection. The incongruency is very clear.”

The distinction in treatment between cross-border commerce and people trying to seek refuge is much like that of the San Diego-Tijuana border, which recently reopened to vaccinated tourists after being closed for much of the pandemic. Asylum-seekers are still not able to request protection at U.S. ports of entry even if they are vaccinated.

The immigration enforcement tactics used at the two borders are also similar. At its southern border, Mexico has incorporated strategies used by its northern neighbor at the border they share, partly in response to pressure from the United States to keep migrants from reaching its soil.

Pedro Rios, director of the American Friends Service Committee’s U.S.-Mexico Border Program, said many advocates refer to these similarities as an exportation of U.S. border policies.

While the migration agreements between the two countries are not clear, human rights observers see their effects in what they call the increased militarization of Mexico’s southern border — a phrase often used by human rights observers at the U.S.-Mexico border to describe the United States’ efforts to keep migrants out.

Though Mexico doesn’t catch nearly everyone crossing its southern border, its enforcement raids and checkpoints and the consequences of them are enough to keep migrants fearful.