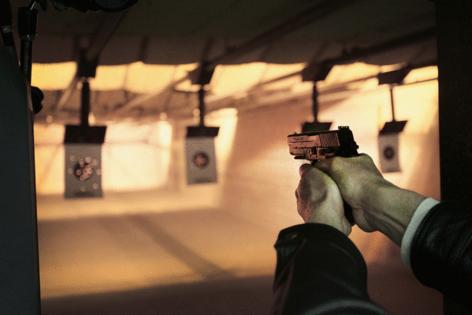 Six more states no longer require residents to hold a permit to carry a concealed firearm.

Arkansas, Iowa, Montana, Tennessee, Texas and Utah this year enacted what gun rights advocates often refer to as “constitutional carry” measures. A legislative priority for groups such as the National Rifle Association, 21 states now have such measures in place. Many of these states still have restrictions on possessing firearms in certain government buildings.

More states may be added to that list before the end of this legislative season. The Ohio House last month passed a bill along party lines that would eliminate a requirement for gun owners to take an eight-hour class and undergo a background check to carry a concealed firearm in public. It is now before the state Senate, which also is controlled by Republicans. Wisconsin lawmakers also are debating a permitless carry bill.

Similar bills have passed in one legislative chamber in both Louisiana and South Carolina this year. Meanwhile, the U.S. Supreme Court is considering whether New York’s gun permitting system violates the Second Amendment — a case that could gut firearm permit provisions nationwide.

Permitless carry laws eliminate what proponents say is an onerous and time-consuming step for people who want to arm themselves for self-protection. When Tennessee Gov. Bill Lee signed his state’s permitless carry law earlier this year, the Republican tweeted that “it shouldn’t be hard for law-abiding Tennesseans to exercise their” Second Amendment rights.

“This is a dangerous step for states,” said Eugenio Weigend, director of the gun violence prevention program at the Center for American Progress, a liberal think tank. “This could easily raise some confrontations in some places, further escalating violence to reach lethal levels.”

The debate over self-defense figured prominently in the recent trial of Kyle Rittenhouse, who was charged with homicide after he killed two people in the tumultuous aftermath of a police shooting in Kenosha, Wisconsin, in 2020. A jury acquitted Rittenhouse last month, finding that his use of deadly force in the chaotic streets was legally justifiable. Prosecutors called him a dangerous vigilante.

In Georgia, Travis McMichael argued he was acting in self-defense when he shot and killed Ahmaud Arbery, an unarmed Black man who was jogging in McMichael’s neighborhood. McMichael was convicted of murder last month, along with his father and a neighbor. The three men pursued Arbery in a pickup truck.

Wisconsin’s permitless carry bill, which received a public hearing in the state Senate in October, also would prohibit local governments from banning weapons on public transportation. It’s unclear when the legislation will get a vote, but gun rights advocates are confident it will pass.