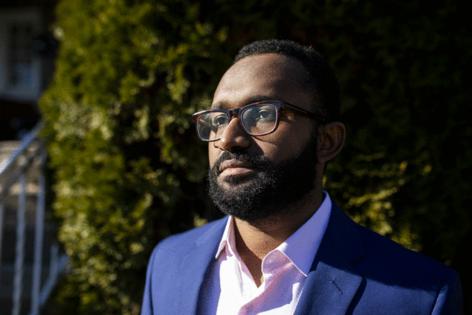 All the while, Maaz, 17, read news reports of hundreds of thousands of pro-democracy protesters taking to the streets of Khartoum and other cities. The military responded to peaceful crowds with violence. Maaz knew some of her relatives would join rallies. She worried they would be among the injured or dead.

“I couldn’t sleep, I couldn’t eat, I couldn’t function normally because I was in constant fear of hearing that one of my loved ones would become a martyr,” said Maaz.

Maaz’s relatives and friends avoided injury. Less than a month after the Oct. 25 coup, military leaders entered a power-sharing agreement with ousted Prime Minister Abdalla Hamdok. Still, smaller demonstrations are ongoing. Those rallying say they want no military involvement in the government whatsoever.

Members of the Philadelphia region’s Sudanese community say they want to support pro-democracy protesters back home, but people outside their immediate networks don’t seem to care. Local activists say solidarity rallies in Philadelphia, New York City and Washington have garnered little news coverage, and they suspect their nuanced demands might be playing a role in the lack of widespread attention or support.

“We want the U.S. to put pressure on (Sudan), to get democracy back, and to put individual sanctions on those military generals,” said Upper Darby resident and Sudanese community leader Ahmed Elhashemy, 30.

Elhashemy, who left Sudan six years ago for better professional opportunities, acknowledged that unlike after a natural disaster, he can’t create a GoFundMe fund-raiser. They’re also not asking for something as extreme as military intervention, a demand people might find easier to understand.

Instead, Elhashemy and others want people to write or call their congressional representatives and ask the country to flex its diplomatic muscle. But that demand, they say, requires at least a basic understanding of more than 30 years of Sudan’s politics.

The last time Sudan faced such political upheaval was in 2019 when the military ousted then-President Omar al-Bashir. The dictator was in power for 30 years and stood accused of orchestrating crimes against humanity in the region of Darfur.

The military, however, would refuse to give total control to civilians after they turned on al-Bashir. Only after months of protests did the military agree to enter a power-sharing agreement with pro-democracy leaders. The compromise created a sovereign council of civilians and the military. They would split the responsibility of running Sudan until it could hold elections in 2023.