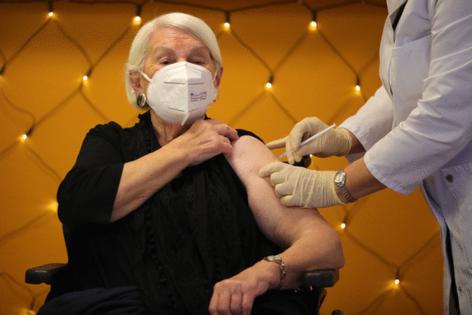 Cases surging at a record pace, hospitalizations and deaths on the rise — it’s setting up to be a nightmare winter for the continent yet again. The omicron mutation has added an extra layer of uncertainty, but the continent’s immediate problem is grappling with the wave of infections that’s already put countries back into lockdown.

Germany’s government this week became the latest to ramp up its response, putting stringent restrictions on the unvaccinated, and may even make shots compulsory. Austria has already proposed mandatory vaccinations, while other countries plan to fine those who refuse.

The drastic steps are a response to a drastic situation. In Austria, seven-day cases topped 1,100 per 100,000 people at one point. That’s eight times the average over the preceding three months. Since the lockdown, the number has dropped, though hospital admissions, which lag, are still near a peak. Figures have been less dramatic elsewhere, though the trend has been up in many countries, including Germany, Italy, Netherlands and Greece.

The new targeted measures reflect a view that while there are multiple factors behind the latest wave of COVID-19 infections — from cold weather to people letting their guard down — one major element is vaccines. European Union countries may have managed to put about 640 million shots into arms, but even with that huge effort, about 150 million people still aren’t fully vaccinated.

Here’s what governments are doing to try and change that.

Europe’s largest economy on Thursday joined the countries making life tougher for the unvaccinated, announcing that only people who are inoculated or recovered will be allowed into restaurants, theaters and non-essential stores. A vaccine mandate, which is backed by both Chancellor Angela Merkel and her incoming successor Olaf Scholz, will go to a vote in parliament in the coming weeks.

The government is making vaccines mandatory for all Greeks above 60 years of age. From next month, refuseniks will pay a 100-euro ($113) fine every month they don’t get a shot, with the funds going to hospital services. In Greece, only 60,000 among the 580,000 unvaccinated people over 60 years old received the vaccine in November.