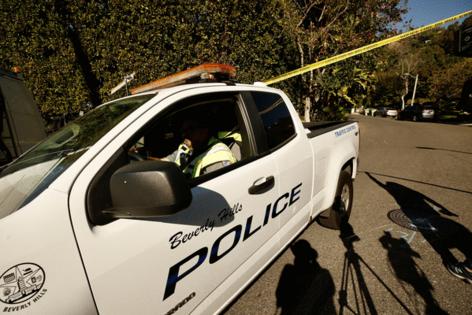 LOS ANGELES — Crews of burglars publicly smashing their way into Los Angeles’ most exclusive stores. Robbers following their victims, including a star of “The Real Housewives of Beverly Hills” and a BET host, to their residences. And this week, the fatal shooting of 81-year-old Jacqueline Avant, an admired philanthropist and wife of music legend Clarence Avant, in her Beverly Hills home.

After two years of rising violent crime in Los Angeles, these incidents have sparked a national conversation and led to local concern about both the crimes themselves and where the outrage over the violence will lead.

“The fact that this has happened, her being shot and killed in her own home, after giving, sharing, and caring for 81 years has shaken the laws of the Universe,” declared Oprah Winfrey, expressing her grief over Avant’s killing to her 43 million Twitter followers. “The world is upside down.”

While overall city crime rates remain far below records set during the notorious gang wars of the 1990s, violent crime has jumped sharply in L.A., as it has in other cities. Much of the violence has occurred in poor communities and among vulnerable populations, such as the homeless, and receives little attention.

However, since the start of the pandemic and more rapidly in recent months, crime has crept up in wealthier enclaves and thrust its way to the center of public discourse in L.A. — against a backdrop of COVID-19 angst, evolving political perceptions of what role police and prosecutors should play in society and, now, a holiday season upon which brick-and-mortar retailers are relying to stay afloat.

Some wonder if this could be a turning point for California, which for decades has been at the center of the movement for criminal justice reform, rolling back tough sentencing laws and reducing prison populations.

Polls in 2020 showed that California voters largely support many of these measures, and both San Francisco and Los Angeles have elected district attorneys with strong reform agendas. However, those concerned about crime and those who believe liberal policies have contributed to its rise have grown more vocal.

It is a discourse defined by glaring differences of opinion and, at times, a yawning disconnect between the perception of local crime and the reality on the ground.

Dominick DeLuca, owner of the Brooklyn Projects skateboard shop on Melrose Avenue, a commercial corridor that has seen burglaries and robberies spike sharply in recent months, said things have gotten so bad that he carries a gun to work — and desperately wants ramped-up enforcement.

“I have never seen anything like it,” he said. “In the last two years, I have been broken into three times.”