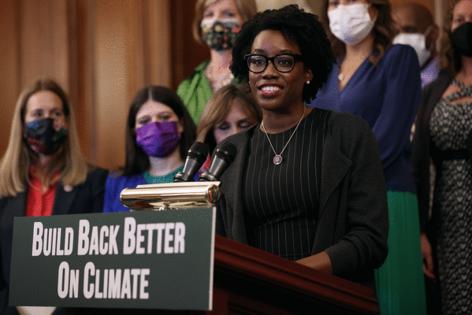 The new infrastructure law steers $15 billion to lead service line replacement, the largest federal investment in the issue according to the Natural Resources Defense Council, but still a third of what Biden initially proposed for the program.

Lead contamination in water affects millions of homes across all 50 states and has been linked to a variety of health problems, especially in children. The federal money for lead service line replacement comes five years after thousands of children were exposed to lead through drinking water in Flint, Michigan.

Experts say $15 billion likely won’t be enough to replace every lead service line — a pipe made of lead that carries drinking water — based on estimates by the Environmental Protection Agency and independent groups.

“It definitely won’t be. We know that,” said Ronnie Levin, who served at the EPA from 1980 to 2017 and authored a 1986 report that sounded alarms on lead in tap water.

The EPA estimates that there are between 6 million to 10 million lead service lines in the country and pegged the average cost of replacing them at $4,700 per line in a 2019 report.

Advocates say additional federal funding and stricter regulations from the EPA will be needed to fully address the problem, which came under severe scrutiny five years ago when thousands of children were exposed to lead-contaminated water in Flint, Michigan.

The implementation of the new infrastructure law coincides with the EPA’s decision on a potential overhaul to the 1991 Lead and Copper Rule, which the agency is expected to announce by Dec. 16. Advocates want the EPA to use this as an opportunity to adopt a stricter standard on the amount of lead allowable in drinking water or to mandate removal of lead pipes over the next decade.

Biden has repeatedly touted the infrastructure law as a solution to the long-neglected problem.