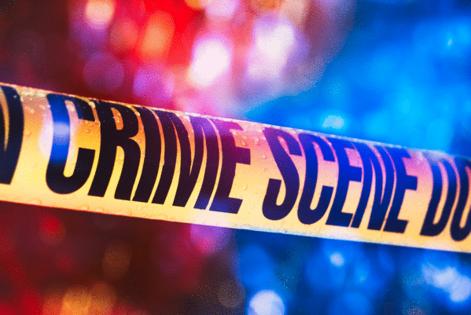 The killing, which started over a parking dispute on the 1700 block of East 7th Street on the East Side, left leaders with more questions than answers as St. Paul tries to combat an increase in crime that is being mirrored across the country.

"The absolute worst part of my job is getting notice that someone's lost their life in this city," Mayor Melvin Carter said Friday. "And I've gotten that notice more times this year than any mayor in the history of our city ever has. That is traumatic. That is heartbreaking."

The homicide Thursday came as Carter prepares to start his second term — and search for a new police chief. Chief Todd Axtell announced in October that he will not seek reappointment.

Since taking office in 2018, Carter has advocated for a "community-first" approach to public safety by rolling out a suite of programs designed to address root causes of crime, such has poverty, which the COVID-19 pandemic has exacerbated.

St. Paul's population has grown in recent years, meaning the city's homicide rate per capita remains below historic records. But the mayor's critics have argued that the police force has not been bolstered to serve the larger population —a point Axtell made in a plea for money to hire more officers in 2022.

"It's a sad day, but it's not surprising," Mark Ross, president of the St. Paul Police Federation, said Friday. "If we were fully staffed, I don't think we would have reached this number."

Brian Harry Kjellberg, 50, was arrested Friday morning and booked into the Ramsey County Jail on a charge of second-degree murder in the death of Arnell J. Stewart, 27, of Georgia. The victim was identified by the Ramsey County medical examiner.

City police last year responded to 2,326 reports of shots fired, more than double the total of 2019. And gunfire struck at least 220 people — the first time St. Paul surpassed 200 gunshot victims in a year. So far, 219 have been wounded by gunshots in 2021.