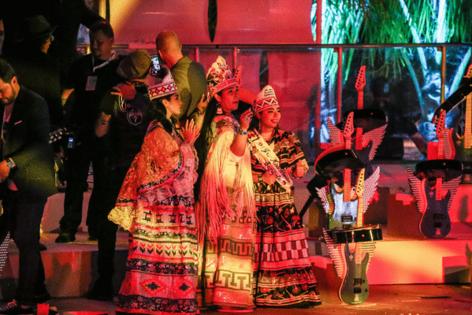 TALLAHASSEE, Fla. — A District of Columbia appellate court panel late Friday dealt another blow to the Seminole Tribe of Florida’s efforts to control online sports betting in Florida and ruled that the tribe has not shown that it will be irreparably harmed if it is forced to halt its sports book operation while it appeals a lower court ruling.

The decision leaves in place the Nov. 22 ruling by Judge Dabney L. Friedrich of the U.S. District Court in the District of Columbia that invalidated the 30-year, multibillion-dollar gambling agreement with the state, known as a compact. The judges ruled in a per curiam that the tribe’s sports betting and casino expansion deal violated federal Indian gaming law and that U.S. Department of the Interior Secretary Deb Haaland, whose agency oversees tribal gambling, erred in allowing the deal to go forward.

The tribe is appealing the ruling and asked the appellate court to stay, or temporarily halt, the effect of the ruling pending the appeal. But in the brief ruling issued late Friday by a three-judge panel, the U.S. Court of Appeals for the District of Columbia ruled that the tribe’s emergency motion for a stay be denied because it “has not satisfied the stringent requirements for a stay pending appeal.”

The ruling now raises the stakes on the online sports book operation the Seminole Tribe launched on Nov. 1. Friedrich ruled that the operation is unlawful, but her ruling is not self-executing. If the tribe decides not to halt its sports book, it will be up to either the U.S. Department of Justice, the National Indian Gaming Commission or Friedrich to take action to force it to stop.

In a statement on Friday, the tribe did not indicate whether or not it will discontinue the games as it pursues appeal.

“The Seminole Tribe is aware of today’s appeals court decision and is carefully considering the steps it will take as a result,’’ said Gary Bitner, spokesman for the tribe. “Despite the decision, the Seminole Tribe looks forward to a hearing from the appeals court based on the appeal previously filed by the tribe and an expected appeal by the U.S. Department of Justice.”

Dustin Thomas, chief of staff for the National Indian Gaming Commission, which oversees tribal activities, told the Miami Herald on Friday that “the National Indian Gaming Commission does not comment on potential investigations or ongoing litigation but is aware of the judge’s decision in the West Flagler case and is monitoring the situation closely.”

The tribe had argued that failure to put the ruling on hold will cause “irreparable harm” to the Seminole Tribe’s sovereignty and economic interests. If it is forced to stop its sports betting app, it said that would jeopardize hundreds of jobs for employees and vendors already hired to work on the gaming operations.

The tribe told the court it has made two $37.5 million revenue-sharing payments to the state under the compact, signed by Gov. Ron DeSantis and approved by the Florida Legislature in May. It has also hired hundreds of employees, and spent over $25 million to develop the online sports book.