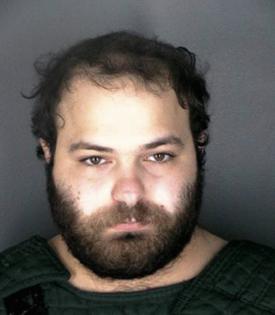 Judge Ingrid Bakke ordered Ahmad Al Aliwi Alissa, 22, to be transferred to the Colorado Mental Hospital in Pueblo within seven days to undergo treatment aimed at restoring his competence.

Competence refers to whether a person has a rational understanding of the charges and proceedings against them, and can participate in their own defense. It's a different issue from sanity, which relates to whether a defendant had the ability to tell right from wrong when the allegedly committed the crime they are accused of.

Alissa's defense team indicated he suffered from mental health illness at his first hearing, and on Sept. 1, filed a motion raising the question of his competence.

Bakke ordered that the state hospital must provide updates every 30 days to all parties involved, including the court on the state of Alissa's recovery. He was previously found incompetent to stand trial in October in an initial evaluation, and prosecutors requested a second review.

Boulder County District Attorney Michael Dougherty said his team would not pursue a third competency evaluation after four doctors have all come to the same conclusion.

"We're confident that with medication and treatment at the state hospital in Pueblo that he can be restored to competency," Dougherty said in court.

Neither the prosecution nor defense attorneys discussed why Alissa was found incompetent in Friday's hearing.

Alissa is charged with 115 charges and sentence enhancers — including first-degree murder, attempted murder and weapon charges — in connection with the March 22 massacre.

The case will be on a mental health hold until Alissa is deemed competent to proceed with the trial. He is scheduled to appear in court on March 15 for a restoration review.