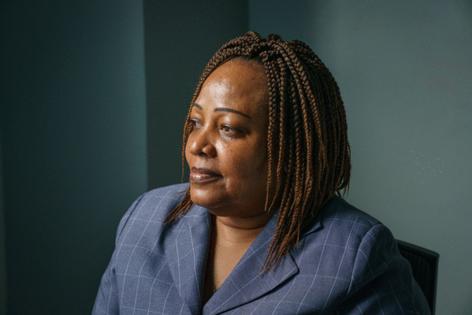 Within five years of joining the force in 1990, a supervisor twice recommended that Paige be dismissed for violating departmental rules. Suspensions piled up, 100 days in all, for offenses that ranged from sleeping on the job to lying during an investigation into the death of a man named Moises DeJesus, court records show.

In 2007, Paige was fired, and charged with forcing another man, James Harris, to give him oral sex in Fairmount Park. Despite DNA evidence, Paige was acquitted, and regained his police job through arbitration, with the help of the Fraternal Order of Police Lodge No. 5.

Harris filed a federal civil rights lawsuit against Paige, and in 2012, a jury ordered Paige to pay Harris $165,000 for "invasions of (Harris') bodily integrity." According to Harris' attorney, Brian Humble, Paige still has yet to pay a dime.

And now Paige has landed a new job — with the Sheriff's Office. As a deputy chief.

How Paige came to be hired for the new position is unclear. Teresa Lundy, a spokesperson for Sheriff Rochelle Bilal, declined to discuss Paige's hiring, beyond confirming, in an email, that he works for the office.

"My first thought is, what kind of screening process do they have at the Sheriff's Office?" Humble asked. "All you had to do is Google his name, and find out this is his background."

Paige, who in the past denied assaulting Harris, did not respond to a request for comment.

"I think for any government agency, but particularly those that work in public safety and law enforcement, public trust matters a great deal," said Patrick Christmas, policy director for the Committee of Seventy, the good-government group.