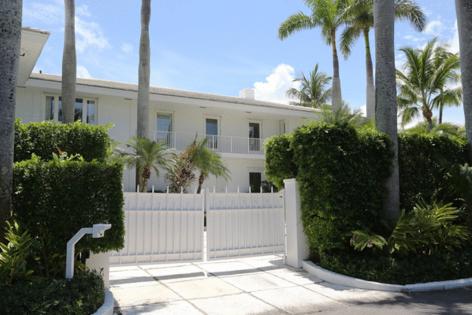 NEW YORK — Ghislaine Maxwell was a boss who made almost impossible demands.

She ordered employees at Epstein’s Palm Beach mansion to keep their eyes lowered, to not speak unless they were spoken to — and to clean up and put away their sex toys, an ex-houseman testified Thursday.

No detail was too small — from ensuring that every tissue box was full to checking for holes in Epstein’s fence so that Maxwell’s Yorkie, Max, wouldn’t escape.

Maxwell — Epstein’s former girlfriend — was Epstein’s “No. 2” and managed Epstein’s households, doing most of the hiring and firing of the staff for his homes in Palm Beach, New Mexico, New York and on his private island in the U.S. Virgin Islands.

To help the employees remember all their daily chores, Maxwell compiled a 58-page instruction booklet that included checklists of tasks that the employees had do every day for every room in the house.

“It was very degrading to me,” said the former Palm Beach houseman, Juan Alessi, on the fourth day of Maxwell’s federal sex trafficking trial in New York.

“It was amazing she did that to her employees,” he said. “It was an incredible amount of work.. ... I told her I would not do it. I could not do the checklist.”

Alessi, who worked for Epstein and Maxwell from 1990 to 2002, said that both Maxwell and Epstein instructed them to keep their mouths shut about what went on at the mansion. Employees were order to not even look at Epstein.

“Remember you hear nothing, see nothing and say nothing except to answer a question to you,’’ one of their instructions read.

Alessi described a dysfunctional household where women came and went at all hours of the day and night and he had to change the towels and sheets at least three times a day.