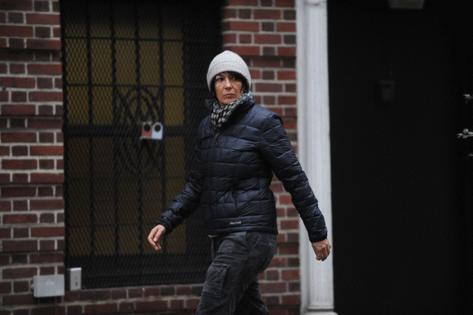 “From the day she came to the house, she right away took over and she mentioned to me she was going to be the lady of the house,” said Juan Alessi, 72, who managed Epstein’s Florida property from 1991 to 2002.

Alessi said his relationship with Epstein was cordial until the arrival of Maxwell. She imposed draconian rules on the hardworking house staff.

“Only I was supposed to speak to Mr. Epstein when he asked me questions,” Alessi recalled of one of Maxwell’s missives.

“At the end of my stay, there was a time when she say, ‘Jeffrey doesn’t like to be looked at in his eyes. You should never look at his eyes — just look at another part of the room and answer him.”

Alessi told jurors he got the gig working for Epstein through another job — working at the home of billionaire Leslie Wexner’s mother. Epstein managed Wexner’s wealth. The sex offender bought his Upper East Side mansion from Wexner, who founded Victoria’s Secret.

Epstein’s longtime head housekeeper said that Maxwell refused to call him by his real name, Juan, instead addressing him by its English adaptation.

“She called me John,” he said.

Alessi said he worked grueling hours for the couple, clocking up to 14 hours per shift. The former house manager said Epstein usually left Palm Beach on a Monday or Tuesday and returned by Thursday or Friday.

Alessi said the staff was expected to change the sheets in all six bedrooms, do the shopping, and fill Epstein’s cars with cash by the time he came home for the weekend.

“Take care of the cars, make sure they’re clean and have $100 bills in the car,” he said. “The cars, they had to be immaculate.”

The testimony came on the fourth day of evidence at Maxwell’s trial. She’s accused of grooming minors for sex with Epstein for at least a decade and lying about the conduct under oath.

Maxwell, 59, has pleaded not guilty and argues the government has unfairly substituted her for Epstein after he killed himself in August 2019, embarrassing the Justice Department.

Scores of women have accused Epstein and Maxwell of abusing them when they were minors.

On Tuesday and Wednesday, the first accuser to take the stand testified she was routinely sexually abused by Epstein and Maxwell starting when she was 14.