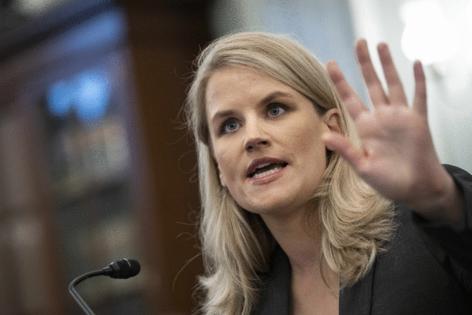 WASHINGTON — The whistleblower who revealed thousands of internal Facebook documents urged Congress on Wednesday to change social media’s business incentives so platforms are forced to consider long-term harms to users and society, rather than just short-term profits.

Speaking before the House subcommittee on technology, Frances Haugen, a former Facebook product manager, said the best strategy for legislation would focus on product design and transparency to “open up the black box at Facebook.” She warned against rules that target specific kinds of content.

But the urgency with which she and other witnesses called for tech industry guardrails was met with partisan interpretations of the nature of the problem. Despite bipartisan support for tougher regulation, there was little agreement about how — or if — Congress should change the legal liability protections for online platforms under Section 230 of the 1996 Communications Decency Act.

Most Republicans focused their questions on content moderation decisions that they claim silence or downplay conservative viewpoints, while Democrats criticized the way online platforms enable discrimination against and harassment of marginalized groups.

“Facebook wants you to get caught up in a long, drawn-out debate over the minutiae of different legislative approaches,” Haugen said in her opening statement. “Please don’t fall into that trap. Time is of the essence.”

Wednesday’s discussion included four Democratic bills that would chip away at Section 230 liability protections for online platforms. Energy and Commerce Chair Frank Pallone, a New Jersey Democrat, said the goal of that legislation is to clarify this statute, written in 1996 for a much earlier version of the internet.

“These targeted proposals for reform are intended to balance the benefits of vibrant free expression online while ensuring that platforms cannot hide behind Section 230 when their business practices meaningfully contribute to real harm,” Pallone said.

After the hearing, a Meta spokesman said the company is constantly balancing free expression and limiting harmful content. Facebook has been asking Congress to update tech regulation for three years, the spokesman said, adding that it’s no surprise that Republicans and Democrats disagree with the company’s decisions, when they often disagree with each other.

Rashad Robinson, president of online racial justice organization Color of Change, said all four of the bills are “essential for reducing the tech industry’s harmful effects on our lives,” and he urged Congress to not leave tech companies to regulate themselves.

“Congress is rightly called to major action when an industry’s business model is at odds with the public interest — when it generates the greatest profits only by causing the greatest harm,” Robinson said in his prepared remarks.