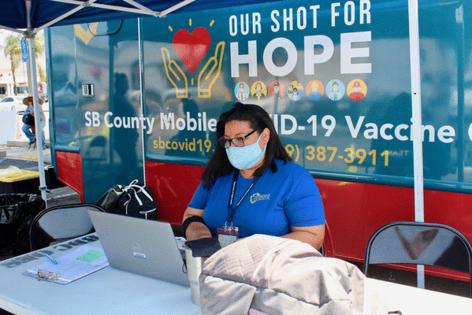 Economists and public health experts alike say paid sick leave is an essential tool — like testing, masks and vaccines — in the effort to prevent COVID-19 infection and keep workplaces safe.

Yet the U.S. is in the midst of another COVID holiday season, and federal laws that offered COVID-related paid sick leave to workers have expired. Colorado, Los Angeles and Pittsburgh are among a small number of places that have put in place their own COVID protections, but many sick workers across the country must wrestle with difficult financial and ethical questions when deciding whether to stay home.

“Millions of workers don’t have access to paid sick leave, and we’re still in a pandemic,” said Nicolas Ziebarth, a labor economist at Cornell University.

The U.S. is one of only a few industrialized nations that have no national paid sick leave policy. By contrast, Germany, Ziebarth’s homeland, has had one for nearly 140 years.

The coronavirus pandemic led to short-term change. The Families First Coronavirus Response Act mandated paid sick leave nationally, a first in U.S. history, according to Ziebarth. The law included about two weeks of full pay for employees who were quarantined or seeking medical attention for COVID-like symptoms and additional weeks at partial pay to care for a child stuck at home because of COVID.

About 5% of U.S. employees used the federal COVID sick leave protection, Ziebarth and his colleagues wrote in the journal PNAS, and it appears to have helped flatten the curve of the pandemic initially. But it wasn’t enough. The number of people who were sick with any kind of illness but couldn’t take time off went from about 5 million per month before the pandemic to 15 million in late 2020 — even with the federal leave in place.

People with the lowest incomes are the least likely to be covered by paid sick leave, said Dr. Rita Hamad, a social epidemiologist and family physician at the University of California-San Francisco. “We’re just left with whatever patchwork of employer and state policies that existed before, which leave the most vulnerable people least covered,” she said.

The Build Back Better Act, which is up for a vote in the Senate after passing the House on Nov. 19, may grant some paid medical and family leave so workers can deal with longer-term illnesses or caregiving, but it does not include time off for recovering from short-term illness.

Jared Make, vice president of A Better Balance, a national legal nonprofit advocating for worker rights, has been pushing federal, state and local lawmakers for years to expand paid sick leave and has drafted model legislation. He said 16 states, Washington, D.C., and about 20 localities have permanent paid sick time laws. One of the most generous, New Mexico’s, will take effect in July. Colorado, Massachusetts, Nevada, New York and the District of Columbia provide COVID-specific emergency sick leave, as do Pittsburgh and a few cities in California, such as Los Angeles, Oakland and Long Beach.