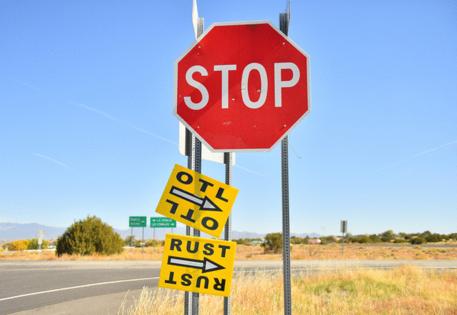 The father of “Rust” armorer Hannah Gutierrez Reed, an industry veteran himself, gave police a new theory for how live ammunition arrived on the set of the western film.

Thell Reed told police that he brought live ammo while working on a separate film with fellow armorer Seth Kenney earlier in the year, according to a search warrant obtained by the Santa Fe County Sheriff’s Office in New Mexico.

The elder Reed told police he brought about 300 live rounds to that set, but most went unused. He reached out to Kenney to get the ammo back, but Kenney told him to “write it off,” according to the warrant.

One of Kenney’s next projects was working alongside Gutierrez Reed on the “Rust” set, and Thell Reed theorized that Kenney brought the live ammo along with him.

Reed suggested a search of Kenney’s offices at PDQ Arm & Prop LLC in Albuquerque, New Mexico, to determine if ammunition there matched ammunition found on the “Rust” set. Police took him up on the theory.

Gutierrez Reed had previously claimed there were no live rounds on the “Rust” set, which was obviously false given that Alec Baldwin fired one, killing cinematographer Halyna Hutchins on Oct. 21 at Bonanza Creek Ranch.

Police have still not determined exactly where the live rounds came from, but investigators have figured out that Gutierrez Reed handed the gun in question to assistant director David Halls, who announced that the weapon was “cold” (not loaded) and passed it along to Baldwin before the actor fired the fatal shot.

Prop master Sarah Zachry had previously told police that ammunition on set came from three sources: Kenney, Gutierrez Reed’s supply from a previous production and another man identified only as “Billy Ray.” Gutierrez Reed said Kenney provided most of the ammo. Kenney has not publicly responded to the search warrant or to Thell Reed’s theory.

“The Sheriff’s Office has taken a huge step forward today to unearth the full truth of who put the live rounds on the Rust set, by executing a search warrant on PDQ Arm & Prop, owned by Armorer-Mentor, Seth Kenney,” it began. “We trust that the FBI will now compare and analyze the ‘live rounds’ seized from the set to evidence seized in the search warrant to conclusively determine where the live rounds came from.”