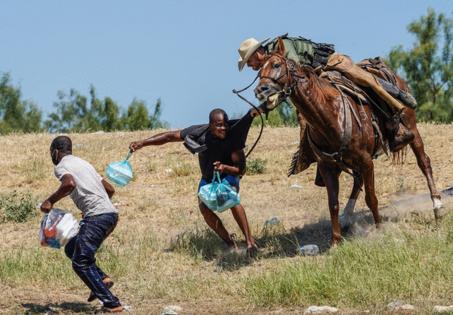 TALLAHASSEE, Fla. — Gov. Ron DeSantis over the summer sent dozens of Florida law enforcement officers and equipment to the southern border in Texas, and racked up a taxpayer-funded bill that so far amounts to at least $1.6 million but is expected to keep growing.

The seven-week trip, led by three state agencies, was cast by the Republican governor as a needed measure to beef up security at the border amid the failures of President Joe Biden’s administration, while critics saw the effort as a state-funded political errand used to further DeSantis’ national footprint ahead of a potential 2024 White House bid.

The Miami Herald reported earlier in November that the trip had cost taxpayers $570,988, but additional records released to the First Amendment Foundation and obtained by the Miami Herald show the actual cost was at least $1.6 million, a number that is still expected to grow.

The governor’s office did not correct the record when the Herald first asked about and later reported the $570,988 figure on Nov. 10, despite the actual cost of the mission being nearly triple that amount.

Instead, the governor’s office told the Herald at the time defended the smaller amount and said that “the cost of illegal immigration to Floridians are thousands of times more than $570,000.”

In reality, the $570,988 figure was only representative of the amount spent by the Florida Department of Law Enforcement, not the full cost of the mission. FDLE provided that figure to the Herald on Nov. 10, but records show the agency spent $20,000 more than what was initially disclosed.

When asked about the ballooning figures, the governor’s office and FDLE defended the cost and sidestepped questions about the incomplete disclosures.

“The cost of responding to the request for emergency assistance from Texas still pales in comparison to the enormous price Floridians pay for the Biden administration’s failure to secure the border and enforce our country’s immigration laws,” DeSantis’ spokeswoman, Christina Pushaw, said in a statement Tuesday morning.

While in Texas, state law enforcement officers made contact with 9,171 undocumented immigrants, Pushaw said. Just over 3% of those contacts resulted in a criminal arrest, according to data provided by Pushaw on Nov. 10.