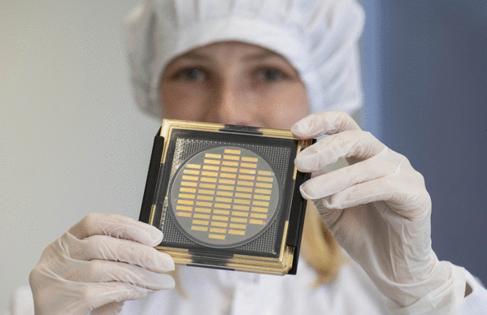 As the Senate takes up its version of the annual defense policy bill this week, one of the provisions tucked into the legislation would boost funding for U.S. quantum computing efforts.

The Senate’s version of the National Defense Authorization Act would add $100 million on top of the $430 million the Pentagon sought for information and communications technology programs.

In explaining the need for the extra money, the report accompanying the Senate bill said the funds would go toward “acceleration of the deployment of large-scale quantum computing systems to help ensure the United States remains the world leader in quantum computing capabilities.”

The money would go to the Defense Advanced Research Projects Agency, or DARPA, and the legislation asks the agency’s director to “make one or more large awards to entities who present credible plans for development of functioning large scale quantum computing systems.” The House version of the defense bill doesn’t have a matching provision for quantum computing, and the subject would have to be addressed during conference negotiations between the two chambers.

The goal of accelerating U.S. quantum computing efforts comes as experts worry that China is investing significant resources and aims to become a global leader in the technology. Quantum computers process information differently from traditional computers and are capable of solving some problems much more efficiently than normal computers.

Whichever country gains the upper hand in quantum computing could obtain significant advantages, such as faster drug discovery, speedier development of high-performance materials, and the ability to break encrypted signals and messages for espionage and other purposes. While regular computing involves storing information by encoding data in bits, with each bit being either a zero or a one, quantum computing exploits laws of physics at a very small scale to store two values at the same time.

A recent report by the consulting firm Booz Allen Hamilton titled “Chinese Threats in the Quantum Era” likened classical computers to the traditional light switch, which is either on or off. But quantum computers operate on a principle similar to a dimmable light switch, the report said. A quantum computer stores information in a qubit, which “can store up to two values at the same time, encoded as degrees of on-off,” the report stated.

While quantum computers are still largely in research labs and at least a decade away from being ready for wider use, the race for supremacy is on, the Booz Allen report said.

For the past five years, China has poured resources into quantum computing research, and while the country is still behind the United States, Beijing aims to surpass Washington by the mid-2020s, according to Booz Allen.

Fully functional quantum computers could be vastly more powerful than today’s supercomputers and could lead to highly classified data and information stored in encrypted forms being pried open. While China is unlikely to possess such computing technologies by the end of the decade, Beijing’s goal of getting there poses a risk, Booz Allen said.