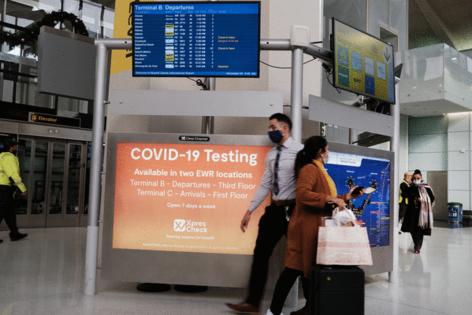 The Centers for Disease Control and Prevention has expanded testing for the omicron variant of the coronavirus to four U.S. airports, including ones that continue to receive direct flights from South Africa, where the mutation was first identified.

The program was also introduced to Hartsfield-Jackson Atlanta International Airport for the first time on Sunday, where Delta Airlines continues to operate three flights a week from Johannesburg.

The omicron variant, first identified last week in South Africa, has a significant number of mutations from the original strain of SARS-CoV-2 that scientists say could make it more transmissible and resistant to vaccines.

Days after the variant was discovered, the Biden administration implemented a travel ban on non-U.S. citizens who had been in eight countries in southern Africa within the last two weeks. The travel ban did not apply to U.S. citizens who can enter the United States.

“Information about the omicron variant is rapidly evolving,” Dr. Martin Cetron, director for the Division of Global Migration and Quarantine at the CDC, said in a statement. “We are actively working to scale up this collaborative post-arrival airport-based surveillance testing program to monitor for this new variant in arriving travelers.”

Another CDC official told McClatchy that the new screening measures would test people traveling from southern African countries, including those connecting through Europe.

At a briefing with reporters on Tuesday, CDC Director Rochelle Walensky said the program was being expanded to “four of the busiest national airports in the country.”

“This program allows for increased COVID testing for specific international arrivals, increasing our capacity to identify those with COVID-19 on arrival to the United States, enhancing our surveillance for the omicron variant,” Walensky said.

XpresCheck, a health company that has partnered with the CDC to implement the program, said in a statement that the company would “rapidly pivot to adapt” at its airport locations to monitor for omicron.

Delta Airlines did not immediately respond to requests for comment.