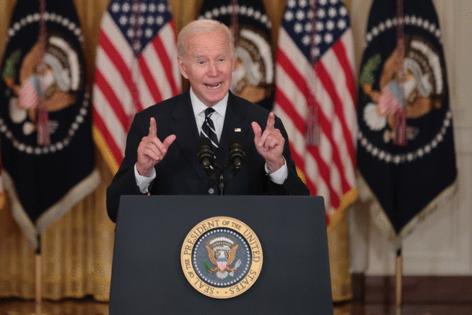 President Joe Biden promises cheaper and more accessible care for children, the elderly and disabled once his $2 trillion social spending package passes Congress, yet it will take years to set up programs to help struggling families.

To deliver on the heart of Biden’s economic agenda, policy makers will have to address worker shortages worsened by the pandemic and scale up business sectors that already struggle with lengthy waiting lists. They also must galvanize state bureaucracies that face their own political and financial constraints.

The risk of delay in delivering tangible results hangs over Biden and Senate Democrats, who return this week to continue deliberations on the tax-and-spending legislation with next year’s midterm congressional elections fast approaching.

“What matters is what people see in their lives, not what politicians tell them,” said Tom Davis, who headed House Republicans’ campaign arm when he served in Congress. “It’s your word versus mine in a campaign until the benefit actually comes in.”

Massive federal programs often take years to fully get off the ground. The health insurance exchanges at the core of President Barack Obama’s Affordable Care Act didn’t open until three and a half years after the legislation became law and then it took several months to fix glitches that plagued online enrollment. But in the immediate aftermath, the law was unpopular and Democrats lost control of the House and saw their comfortable Senate majority whittled down.

Biden’s child care program is one of the most sweeping initiatives in the Build Back Better legislation, promising to provide high-quality care to most American families costing no more than 7% of their income and no more than 2% of income for families with earnings below their state’s median. The average family currently spends 13%, according to the U.S. Treasury.

But even some child care experts who support the initiative doubt many more families will get subsidized care by next November’s election, given the complexities of standing up a program administered by state governments.

“If it happens in a handful of states, I think that’s optimistic,” said Linda K. Smith, who oversaw federal child care programs for five years as a senior U.S. Health and Human Services Department official in the Obama administration.

Even if Democrats are able to pass the legislation by December, states still must submit plans for the new program before getting their funding and commit to meeting a 10% cost match beginning with the fourth year, Smith said.

HHS isn’t likely to provide interim guidance for those plans until at least March or April. Then states must go through their own budgetary processes, which typically takes months, she said. States will also have to figure out within three years how to assure a “living wage” for child care workers, who currently are paid less on average than retail and warehouse workers.