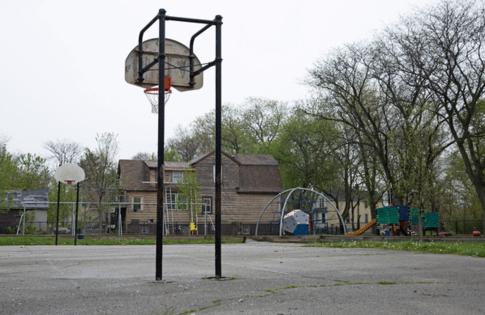 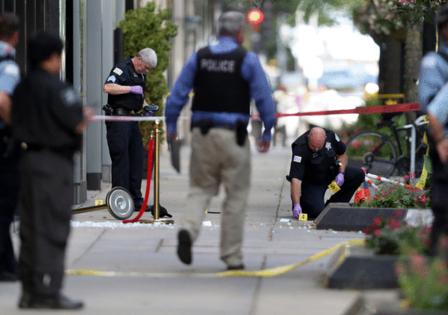 CHICAGO — The victims met their fates over two decades in every corner of the city: informants shot execution-style, rivals gunned down in barbershops and restaurants, a rapper targeted after online taunts, an innocent bystander felled by bullets sprayed at a pickup basketball game.

At least 54 people slain and dozens more wounded in shootings stretching from Englewood to Garfield Park to the Gold Coast — and all of them now included in a string of recent federal racketeering cases against reputed members of Chicago street gangs.

The announcement earlier this month of a racketeering indictment charging the Wicked Town gang faction with 19 of those killings was the latest in a concerted push by federal investigators to go after those believed to be driving the gun violence in Chicago, which has reached levels not seen in years.

The Wicked Town indictment was at least the ninth major case since 2017, charging more than 80 reputed gang members under the federal Racketeer Influenced and Corrupt Organizations Act — commonly referred to as RICO. Many of those charged with specific acts of violence face mandatory life in prison, or even the death penalty, if convicted at trial.

The gangs allegedly responsible for the violence range from well-established organizations such as the Latin Kings and Four Corner Hustlers to smaller factions that are little-known outside their own neighborhoods, with names such as the Goonies, LAFA, O Block and Milwaukee Kings.

At the core of each indictment, though, is a common theme: That much of today’s violence is being driven not by sophisticated drug trafficking enterprises but by gang factions trying to boost their group’s reputation on the street or on social media, creating a seemingly endless cycle of shootings and retaliation.

The use the RICO law to go specifically after gun violence has ramped up under U.S. Attorney John Lausch, who took office in 2017, a year when President Donald Trump was spinning the city’s failures to quell shootings into national headlines.

In an interview with the Chicago Tribune last week, Lausch said the effort was largely borne out of necessity, to “take a strategy that’s always been around and use it to adapt to things we’re seeing on the ground.”

“We’ve seen the gangs change and shift,” Lausch said. “They’re more factionalized. ... When we’re looking at the drivers of violence, we’ve seen a lot of it relate to turf and social media and retaliation upon retaliation. And this is a way from a federal law enforcement standpoint that we can make an impact.”

How much of an effect the prosecutions are having is subject to debate. Homicides are up 19% citywide from four years ago, while shootings are up 26% in that same time frame, according to Chicago police data. And while the numbers have flattened somewhat in 2021, the city is still on a pace to see close to 800 homicides this year.