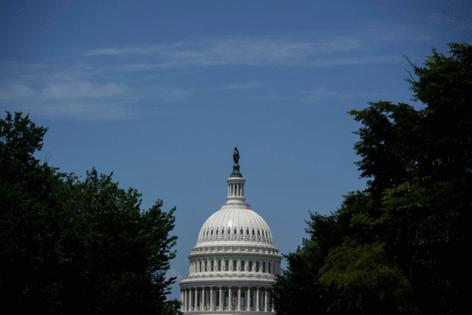 WASHINGTON — The Architect of the Capitol settled a lawsuit brought by Anthony Green, a Black maintenance mechanic, who alleged he found a noose hanging from equipment he was assigned to inspect and was called racial slurs by white colleagues.

The settlement, filed Monday, was dismissed with prejudice, meaning Green cannot file another lawsuit on the same allegations. Green will receive $85,000 in “compensatory damages” and $50,000 will go to attorneys fees, a total of $135,000 paid out by the agency.

Any and all disciplinary records, which were at issue in the litigation, regarding Green’s work at the agency will be expunged as a result of the settlement.

A spokesperson for the Architect of the Capitol did not respond to a request for comment.

Under the agreement, called a stipulation of settlement, the Architect of the Capitol does not admit any liability.

“Without limiting the generality of the foregoing, this Stipulation does not constitute, and shall not be construed as, an admission that Defendant, the Architect or any of the Architect’s present or former employees or agents violated any of Plaintiff’s rights or any laws or regulations, or as an admission of any contested fact alleged by Plaintiff in connection with this case or otherwise,” the agreement notes.

The settlement marks the culmination of a legal process that began in 2019 when Green filed the lawsuit.

Since he was hired to work in the agency’s Capitol Power Plant jurisdiction in 2015, Green alleged he was discriminated against based on his race, called “lazy” and had racial slurs directed toward him. When Green complained about the conduct of his colleagues, the agency retaliated against him and did not take quick action, the lawsuit said.

Victor Shaw, who was then Green’s supervisor, and mechanics Quinton Coleman, Dana Spencer and David Barletta referred to Green as the N-word when talking with other agency employees, the lawsuit said. Coleman is Black and the other three are white.

In May of 2019, Green was assigned to inspect ladders in the power plant and found a noose hanging from one of them. Green showed the noose to Randy Charity, a Black supervisor, who photographed it on his phone. Spencer knew that Green was assigned for that particular inspection and was the person who put the noose there, according to the lawsuit.

Two complaints have been brought to supervisors at the Architect of the Capitol about Spencer’s alleged behavior. One was brought by Green in June of 2019 and another in May of 2019. Neither resulted in an immediate investigation, but Green and other mechanics were interviewed by the agency’s Office of Diversity, Inclusion and Dispute Resolution in July of 2019, according to the lawsuit.

“This is just another example of the Architect failing to do the right thing when it first learns about acts of racism,” Les Alderman, counsel for Green, said in a statement. “That failure only emboldens the bigotry and perpetuates this awful conduct in the workplace.”