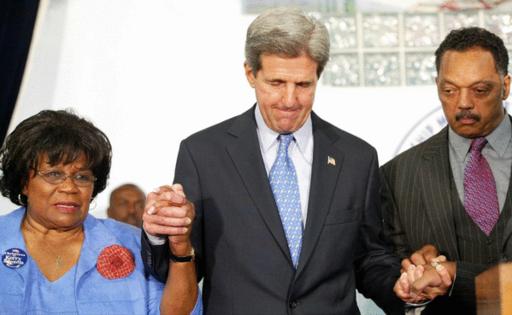 Former U.S. Congresswoman Carrie Pittman Meek, the first Black person to represent Florida in Congress since the post-Civil War Reconstruction and a fierce advocate for South Florida’s Black communities, Haitian immigrants and the working poor, died Sunday at her home in Miami after a long illness, her family said. She was 95.

Meek, said her daughter Lucia Davis-Raiforde, had a “need to make sure her people, no matter where there were in the African diaspora, benefited from the benefits offered by being in the United States.”

The granddaughter of slaves, Meek served as Florida state representative, state senator and later became a congresswoman in 1992 at the age of 66. She won the nomination for the Democratic Party and ran unopposed in the general election, going on to win in one of three majority-Black districts in Florida that were reapportioned at the time.

She never lost a reelection to the U.S. House of Representatives before she retired in 2002 to devote her time, energy and influence to the Miami foundation bearing her name.

Meek’s tireless service and firebrand activism often revolved around the inequities she lived and witnessed as a Black woman growing up in a segregated Florida, and as an adult in predominately Black Liberty City during the 1980 riots that followed the acquittal of four white police officers in the killing of Arthur McDuffie, a Black insurance salesman.

Meek spoke out against the discrimination of Afro-Cubans by Cuba’s communist government, traveled to Ghana to celebrate the country’s independence and advocated for U.S. residence for Haitian immigrants, who made up a sizable portion of her north Miami-Dade district.

Gepsie Metellus, the founder of Sant La Haitian Neighborhood Center, said Sunday that Meek’s passing is like a sacred tree that has fallen.

“She is someone whose legacy is far reaching. Not just in the African American or Haitian American communities. But communities of color throughout the United States,” Metellus said. “Her story is that inspirational example that will stand the test of time.”

Meek, she said, was someone who worked hard, and was devoted and committed to her causes. She believed in not just enjoying success for herself, but the communities she served.

“She was one of the first champions of Haitian rights in this community, one of the first voices raised not just in Congress but at the State legislature, advocating for support for Haitian refugees in this community, the need for education for refugee children,” Metellus said. “She was always that voice shaming the legislature to do more and when she got to Congress, she continued it.”