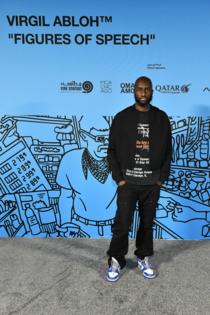 Known as one of the most influential designers of his generation, Abloh had been battling cancer “privately for several years” before succumbing to the disease, according to his company.

A statement posted on his personal Instagram account said he had been diagnosed with “a rare, aggressive form of ... cardiac angiosarcoma” in 2019 but had chosen to keep it private.

“Through it all, his work ethic, infinite curiosity, and optimism never wavered,” the statement read. “Virgil was driven by his dedication to his craft and to his mission to open doors for others and create pathways for greater equality in art and design. He often said, ‘Everything I do is for the 17-year-old version of myself,’ believing deeply in the power of art to inspire future generations.”

Bernard Arnault, the CEO of LVMH, called him “not only a genius designer, a visionary, but he was also a man with a beautiful soul and great wisdom.” LVMH owns Louis Vuitton.

“The LVMH family joins me in this moment of great sorrow, and we are all thinking of his loved ones after the passing of their husband, their father, their brother or their friend,” Arnault said in a statement.

Abloh worked as an intern at Italian luxury fashion house Fendi in 2009, the same year as rapper Kanye West, who was taking a break from music and was living in Rome then. The two formed a relationship, with Abloh eventually becoming the creative director of DONDA, West’s creative content company named after his mother, and the artistic director for the 2011 album “Watch the Throne” from West and Jay-Z.

After earning a master's degree in architecture from the Illinois Institute of Technology, Abloh said he taught himself design, learning from Chicago graffiti art.

Off-White, Abloh’s high-end streetwear fashion house, was founded in 2013 and, five years later, Louis Vuitton brought him into the fold as the artistic director of the menswear line, making him the company’s first Black artistic director and one of the only Black designers to lead a major French fashion house.