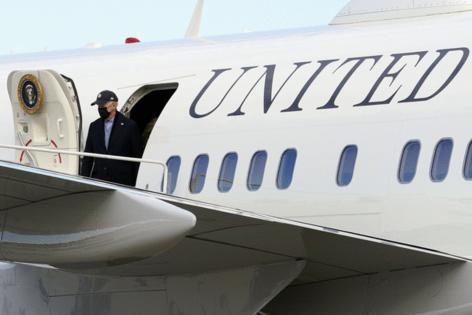 WASHINGTON — Former advisers to President Joe Biden said travel restrictions will do little to stop the spread of new COVID-19 variants, and the U.S. and other nations would be better off increasing vaccine deliveries to Africa.

Biden last week imposed a broad entry ban on people who have been in South Africa and seven nearby countries, seeking to halt the spread of the omicron variant. The European Union, the U.K., Canada and others have imposed similar measures.

Biden’s ban kicks in Monday. While political leaders gravitate to border closures as a way to take immediate action, medical experts tend to say that partial closures are typically ineffective, in part because they affect only a sliver of travel volume.

Andy Slavitt, who served as a COVID-19 adviser to Biden for several months this year, is among the critics and said energy should instead be focused on inoculations in Africa.

“Banning travel hasn’t seemed to be anything close to Panacea,” Slavitt tweeted on Friday. “And it punishes countries and their economies who make and report discoveries.” He added Saturday: “A far better response would be the mass shipment of hundreds of millions of vaccines to the area.”

Anthony Fauci, Biden’s chief medical adviser, said Sunday that travel bans would “never completely” prevent a highly transmissible virus from entering the country. “But what you can do is you can delay it enough to get us better prepared,” he said on ABC’s “This Week.”

“This is just the best advice of the public health experts. And you’ll notice other countries like the U.K. and the E.U. are doing the same,” he said. “We’re not going to say this is going to be there for a long time to block travel from those countries where we know omicron is already spreading.”

The White House, when asked for comment, referred to the remarks by Fauci and Collins.