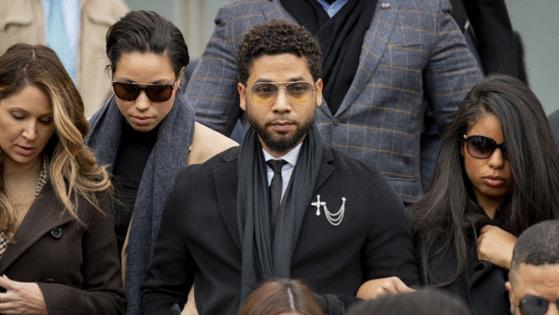 CHICAGO — Thirty-three months, one mayor and two police superintendents ago, before Chicago joined a nationwide reckoning on race and suffered through a deadly pandemic, the city’s attention was captivated by one man.

The alleged racial and homophobic attack on the then-“Empire” actor on a frigid night in January 2019 led to one of the most momentous minor felony cases in Cook County history.

Under an international media spotlight, the case spiraled into a tangle of rumors and culture-war flashpoints, competing lawsuits, a special prosecutor’s investigation, and a political crisis for Cook County State’s Attorney Kim Foxx.

But on Monday, when Smollett’s trial on new disorderly conduct charges is finally slated to begin, jurors will be tasked with answering only one simple question:

Did Smollett, in fact, stage the phony hate crime on himself?

The trial, which is expected to last at least a week, promises to be the highest-profile event since the Leighton Criminal Court Building was virtually shut down by the COVID-19 pandemic more than a year and a half ago.

Masks are required, seating in Associate Judge James Linn’s courtroom will be limited to observe social distancing, and cameras have been banned, meaning there will be no livestream of the proceedings.

Separating the Smollett case itself from the uproar it sparked might seem like a tall task, but special prosecutors and Smollett’s defense team will be forced to try, as Linn has been adamant that the trial evidence should focus as narrowly as possible on what happened on the street that night.

In a building that sees hundreds of murder and rape cases a year, the stakes are decidedly low. If convicted on any of the six disorderly conduct counts in the indictment, Smollett could face from one to three years in prison, but given his lack of criminal record he could also be in line for probation.