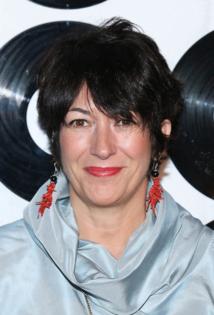 Opening arguments begin Monday in the closely watched trial of Maxwell, the Oxford-educated British socialite accused of serving as Epstein’s chief recruiter. But Maria Farmer, who in 1996 became the first woman to contact law enforcement about Epstein’s sex abuse, said she feels no relief as Maxwell faces justice.

Instead, Farmer worries what will happen to her sister, Annie Farmer, who is expected to be a crucial witness for the government.

“I have dreaded this,” Maria Farmer, 52, told the Daily News. “I wish they would just lock her up so my sister wouldn’t have to be there in danger.”

While Maria is not expected to testify, her alleged experience with Maxwell and Epstein mirrors those of the victims at the center of the trial in Manhattan federal court.

Maria said she met Maxwell, 59, and Epstein after graduating from the New York Academy of Art. The pair allegedly offered her a job, pledging to support her artistic career. The couple then violently sexually assaulted Maria at the Ohio estate of Victoria’s Secret founder Les Wexner in 1996, according to a lawsuit Maria filed last year.

Maria fled. Maxwell warned her not to speak out.

“We’re going to burn all your art. And I just want you to know that anything you ever make will be burned. Your career is burned,” Maxwell said, according to the suit.

Meanwhile, Epstein and Maxwell had lured Annie into their orbit by offering to help get her into a prestigious college, the suit states.

Annie Farmer is expected to testify that Maxwell started grooming her for illegal sex with Epstein when she was a teenager. Maxwell and Epstein sexually assaulted Annie at the age of 16 at his New Mexico ranch, according to a lawsuit.