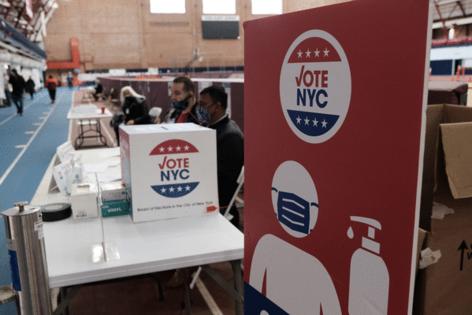 Voters in a record number of cities cast their ballots this month by ranking a slate of candidates rather than choosing just one.

While most ranked choice elections went well, there were some growing pains in its implementation this year, including an error uploading results in one city and an unexpected tie vote in another.

In such elections, voters rank candidates by preference. If no candidate earns more than 50% of first-choice votes after the initial tabulation, an instant runoff process kicks in. The candidate with the fewest first-choice votes is eliminated; voters who had preferred that candidate have their second-choice pick counted. The process repeats until a candidate reaches the majority threshold. Counting all the ballots, runoffs included, takes just hours or even minutes, depending on the system.

Opponents of the voting method argue it is complicated and confuses voters, while proponents say it encourages more positive campaigning since candidates aim for a wider appeal. With ranked choice voting still in its early stages around the country, observers are paying close attention to key elections that may determine its future in the American voting process.

In New York City, which in June held the largest ranked choice election in U.S. history, human error caused an embarrassing, roughly 24-hour delay in preliminary results for the mayoral primary. The city’s Board of Elections failed to remove 135,000 test ballots from the ranked choice software before uploading the actual results, counting both tallies. The board had to remove results from its website before correcting the error.

Advocates for ranked choice voting insisted this delay had nothing to do with the voting process, but rather with the board. A day after the election, the board apologized for the “unacceptable” error and said it would add new review checks.

“Not to be dramatic, but it was quite devastating,” said Sarah Goff, deputy director for Common Cause New York, a nonprofit that advocated for the voting method. Still, she thinks the city won’t ditch ranked choice voting anytime soon.