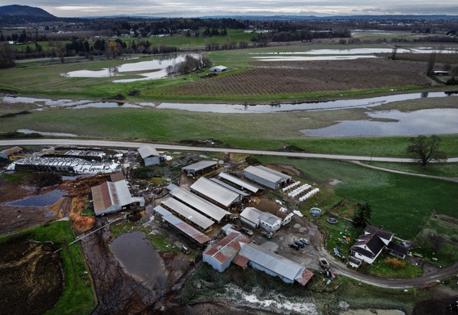 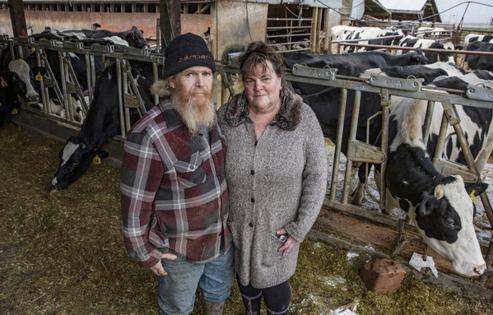 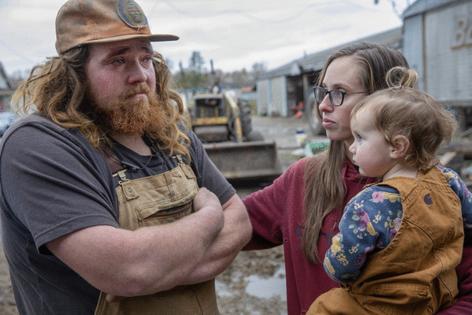 Their sprawling Baumgardner Dairy Farm sits just south of the Skagit River, which is so routinely swollen by rainwater and snowmelt that the nearby city of Mount Vernon built a floodwall. So as the rain kept falling hard the night of Nov. 14 and the Baumgardners herded their cows to fenced “critter pads” on higher ground, everything looked wet but normal, said Jordan Baumgardner, who helps manage the dairy farm owned by his father, David Baumgardner.

But the resulting flood proved to be unlike any other the family had experienced at the farm. The flooding claimed the lives of 44 cows the family had nurtured and watch grow up, and left behind extensive damage they are still trying to assess.

“I carried every single one in my arms at some point when they were born,” Jordan said. “All the cows were born on this farm, which makes the tragedy all that greater.”

The extent of damage from the near-record flood for dairy farmers in Skagit and Whatcom counties may not be known for months, said Dan Wood, executive director for the Washington State Dairy Federation. But the Baumgardner Dairy Farm, one of about 100 dairy farms in the two counties, appears to be the hardest hit, he said.

In the middle of all the devastation, community members have stepped up to offer resources and help to the neighbors affected by the flooding, Wood said.

The Baumgardner family had prepared their farm the weekend before the Skagit River was expected to crest on Nov. 16 in Mount Vernon as an atmospheric river with its heavy rains washed over the Puget Sound region.

“It’s a giant undertaking,” said Lucinda, David Baumgardner’s wife. The family had to clear up items from the basements in the property’s two homes in case they flooded, as well as secure their 500 or so milking cows, heifers and calves, and their feed.

David made sure the high-ground critter pads where the family’s cows, calves and heifers would stay during the flooding were prepared, and he purchased extra feed for the animals just in case, he said.