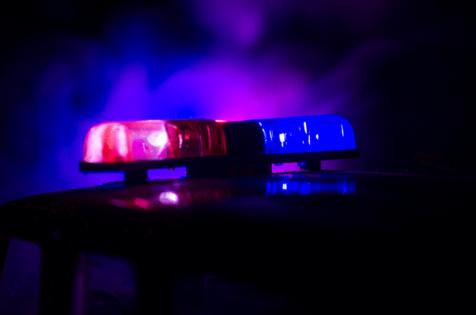 The guard, Kevin Nishita, was a former police officer who had been hired by security company Star Protection Agency to protect a KRON-TV Channel 4 news crew as it reported on a recent crime in East Oakland.

Nishita died Saturday morning at Highland Hospital and was taken to the Alameda County Coroner’s Office in a motorcade that included police from San Jose, Hayward and Colma, where he had previously worked as an officer, authorities said. He began his career in law enforcement with the Oakland Housing Authority Police Department.

“I am deeply saddened by the death of former OHA Officer Kevin Nishita; he was a very kind person who sought to make communities not just safer but happier places for everyone,” said Carel Duplessis, the department’s chief, in a statement. “He will be missed by me and all who had the pleasure to know him.”

The KRON4 news crew had been covering a recent robbery of a clothing store in Oakland on Wednesday when an assailant tried to steal the station’s camera equipment.

Nishita was shot during the ensuing attempted robbery, suffering a lower abdomen injury. He succumbed to injuries at 4:39 a.m. Saturday, authorities said.

Oakland police are investigating the shooting that led to Nishita’s death, and on Saturday morning released a surveillance photo of a vehicle that investigators believe the suspect was driving. The vehicle is a white Acura TL between 2004 and 2008, with no front license plate.

Michael Cannon, who employed Nishita for contract work at a Southern California-based security firm, remembered him as a dedicated guard who was deeply committed to protecting his fellow community members.

“He was a selfless man,” Cannon said in an interview. “Kevin’s the kind of guy who, if you had a last-minute assignment, you’d call Kevin and he’d say, ‘What time?’ And he’d be there.”

Nishita leaves behind a wife, two children and two grandchildren.

A reward of $32,500 has been offered to anyone with information on the shooting, police said. The department, KRON4, its parent company Nexstar Media Inc. and Star Protection Agency all made contributions to the reward amount.