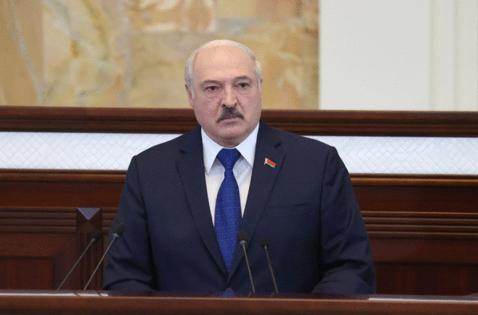 “If you manage to get across — go,” Lukashenko told a group of migrants Friday outside a logistics hub near the Belarusian border with Poland that’s become a flashpoint between his regime and the EU, which has been blocking crossings. “We will do everything as you wish it, even if this is going to be bad for Poles, Latvians, and the rest.”

Lukashenko said Belarus won’t force people stuck at the border after arriving from Iraq and other Middle East states to return home, following repeated clashes between migrants and Polish security officials. The EU accuses him of orchestrating the migrant crisis in retaliation for mounting sanctions the bloc imposed over his crackdown on opposition protests following last year’s disputed presidential election. Lukashenko said about 1,000 migrants had returned home, while an average of 200 per day were attempting to enter the EU.

A group of 200 “aggressive” foreigners tried to enter Polish territory by force on Friday, Poland’s border guard reported on Twitter.

Germany’s likely new foreign minister, Annalena Baerbock, accused Lukashenko of “blackmail” over the crisis in an interview published Friday, and backed more sanctions against his government. The EU this week warned of a crackdown on travel and transport companies that aid people-trafficking in an effort to prevent the Belarusian leader using irregular migration as a weapon against the bloc.

Poland on Thursday proposed increasing the military presence of North Atlantic Treaty Organization forces in eastern Europe over what it sees as a “hybrid attack” from Belarus with Russia support. Fighter jets from Belarus and Russia conducted joint air patrols near the border Thursday, the Defense Ministry in Minsk said.