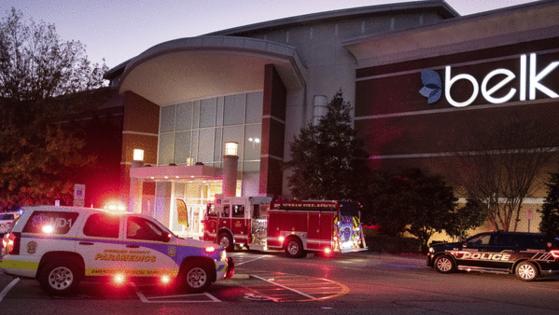 One of those injured was a 10-year-old who was hit by a bullet ricochet, Durham Police Chief Patrice Andrews said. The child was taken to the hospital with what appeared to be non-life-threatening injuries, according to a follow-up police news release.

Police provided no information about the others who were shot, but did say three additional people suffered non-life-threatening injuries in the aftermath of the shooting that were not gunshot wounds.

Durham police officers who were working off-duty inside The Streets at Southpoint on Fayetteville Road requested assistance after hearing gunshots around 3:23 p.m., Andrews said.

The incident, which was reported on the second floor of the mall, involved two groups of people who knew each other, she said.

Many of those people quickly fled, but police do have one person in custody, as well as several witnesses, she said.

At least one weapon was recovered, and Andrews said there are “several people we want to be able to locate and speak with.”

Police expect to share descriptions of those involved in the shooting once that information is available, she added.

“We will be making several arrests, I’m certain, during the course of this investigation,” Andrews said.