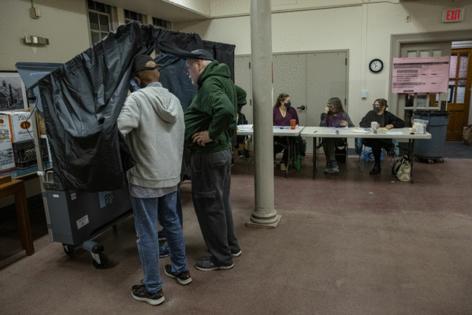 In the legislature, before courts, in local governments, and on the campaign trail, Republicans are continuing to push an election law overhaul and raise doubts about the process.

Even after the GOP this month won three of four statewide judicial races and recaptured some local offices in the Philadelphia suburbs, Republicans in at least one county demanded a "forensic audit" of the 2021 election — the same rhetoric used by former President Donald Trump and his allies to baselessly question the 2020 vote. And in Democratic-leaning Lehigh County, officials decided to count mail ballots that arrived without handwritten dates, prompting litigation and impeachment threats from Republicans.

The flurry of activity is causing confusion about how elections are supposed to work, uncertainty about what might change before next year's midterms, and ever-deepening partisan conflict.

Here's some of what's happening.

Republicans control both chambers of the legislature and have vowed to continue passing election bills, even with Democratic Gov. Tom Wolf poised to veto them.

Republicans in the state House advanced legislation this month that would require additional post-election audits, along with a bill to prohibit counties from directly receiving election funds from private groups.

They also moved a sweeping bill — one that, among other things, would require stricter voter identification, standardize and in some cases limit the use of ballot drop boxes, require signature verification of mail ballots, establish six days of in-person early voting, and provide for five days to process mail ballots before Election Day.

"We're pretty serious about this, and it's not going away," said Rep. Seth Grove, R-York, the bill's sponsor and House Republicans' point person on elections.