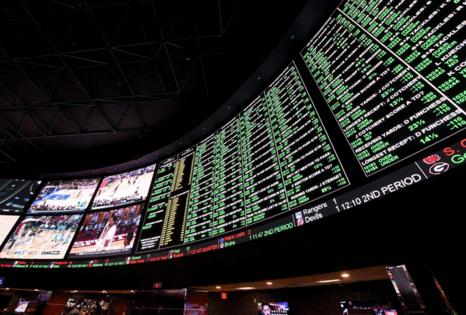 FORT LAUDERDALE, Fla. — A federal district judge Wednesday night rejected the Seminole Tribe’s request for a stay of a Monday ruling that invalidates the agreement between the tribe and the State of Florida, meaning the Seminoles, for now, don’t have the legal right to operate online sports gambling.

However, as of Thursday morning the Hard Rock Sportsbook app was still accepting bets and operating fully. The app began accepting bets Nov. 1, and grants the Seminoles a monopoly on sports betting in Florida.

In asking for the stay, lawyers for the Seminoles had argued the tribe would “lose substantial revenue” from online sports betting, money which was they said would be used, in part, to fund tribe programs.

Judge Dabney Friedrich rejected that argument, saying the tribe hadn’t shown that it would be irreparably harmed if a stay were not granted.

The tribe filed a motion for a stay after Friedrich’s Monday ruling, which said the deal between the state of Florida and the Seminole Tribe violated the Indian Gaming Regulation Act (IGRA) because it allows sports bets to be placed from anywhere in the state instead of solely on Indian land.

The Seminoles maintain that the computer servers taking the bets are located on Indian land, and that should suffice.

Friedrich called that “fiction” in her order Monday.

The ability to accept online bets as opposed to being limited to in-person bets greatly enhances the earning potential.

Friedrich’s order reinstates the 2010 agreement, or compact, between the state and Seminoles. That agreement didn’t allow for sports gambling or craps and roulette, which are also part of the new agreement. Seminole spokesman Gary Bitner said craps and roulette never started.