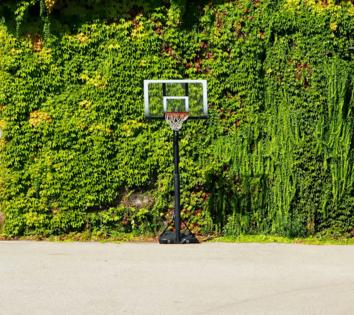 BALTIMORE — On a warm day, it wouldn’t be unusual to spot kids shooting baskets in a driveway of Rockland Ridge, a gated Baltimore County community.

Since a new state law barred “unreasonable” restrictions on portable hoops, the new homeowners’ association president says she is pleased kids can get out and play the sport, and is thankful the legislation “eliminated some conflict within our community.”

House Speaker Adrienne A. Jones of Baltimore County initiated the measure following a dispute over the development’s rule that rollaway hoops violated a declaration in its covenant regarding recreational equipment. The law, which went into effect Oct. 1, guarantees families can keep portable hoops that the homeowners’ association — then under different leadership — had said were not allowed.

Jones and other prominent backers consider the law a Band-Aid that patches up a symptom of a broader problem: the use of covenants to discriminate, sometimes subtly, against racial or ethnic groups.

“There are some veiled and underlying biases that come through the rule making of these organizations,” said state Sen. Will Smith, chair of the Senate Judicial Proceedings Committee.

“It’s a proxy for a conversation we’re not really having,” said Smith, who visited Rockland Ridge, a wooded, professionally landscaped community of town homes and two-car garages near Lake Roland, in March. He and state Sen. Jeff Waldstreicher, a fellow Montgomery County Democrat, looked into the dispute and shot baskets with two boys who live there.

The boys — Khasan Al-Mateen, who is African American, and Cooper Chasm, who is Korean American — were eager, particularly during the isolation of the COVID-19 pandemic, to keep shooting hoops in their driveways. But their families said they were ordered to remove the hoops under the community’s covenant.

“The one thing I never thought would be taken away during this pandemic was my portable basketball hoop,” Cooper, then 13, told a state House committee in the spring during a hearing about the bill.

Jones, who had heard about the dispute from county residents, said she watched Cooper’s poised, online testimony.

“All they were doing is shooting some baskets, What’s the harm in that? One boy was at his own home, and the other was his friend,” Jones said in an interview this month. “I wanted to know, is that something that’s unique to Baltimore County? Or is this happening elsewhere?”