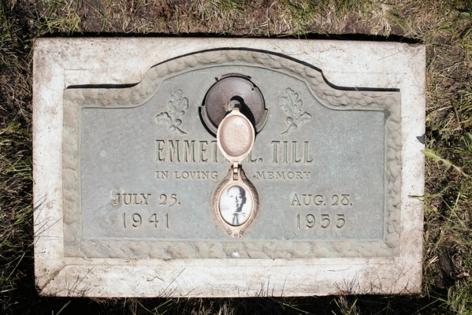 CHICAGO — On the 100th birthday of Mamie Till-Mobley, mother of a teenager slain in Mississippi in 1955, members of the Till family and a professor at Northwestern University marked the milestone Tuesday by announcing a new institute dedicated to preserving the family’s legacy.

The Emmett Till and Mamie Till-Mobley Institute at Northwestern University is aimed at carrying on Till-Mobley’s educational activism by “exploring new ways” to reach and teach one another, said Medill professor Chris Benson, as well as keeping alive historical significance of the Till family’s story. Till-Mobley died in 2003.

Marvel Parker, who has a doctorate in divinity and is the institute’s executive director, and her husband, the Rev. Wheeler Parker Jr., the last surviving eyewitness to Till’s kidnapping the night he was killed, have worked for years to preserve Till’s memory and the true story. Parker said the institute is a way to further that work.

“There have been many versions of Emmett Till’s story over the last 66 years,” she said. “Our motive is to make sure not only is the story told but that it’s told correctly and Emmett’s legacy is preserved.”

Marvel Parker said she was chosen to be the institute’s leader because of her background in management and nonprofit administration. Her husband serves the institute in an advisory capacity.

Patrick Weems, treasurer and member of the board of directors of the new institute, has been working with the Till family for 15 years in Mississippi.

He said there “seemed to be a great need” for a national organization to make sure the significance of the Till family story isn’t lost on future generations.

“Emmett Till is still speaking to us even in 2021,” Weems said. “We saw that a lot last year too. There are a lot of lessons still to be learned from Emmett Till’s story. We want to create an institution that preserves that life and legacy of the Till family and connect their story to people here and now.”

Weems referenced the late Rep. John Lewis, who said before he died last year “Emmett Till was my George Floyd” after Floyd was killed by police in Minneapolis last May.

Till was 14 when he traveled from Chicago to Mississippi to visit relatives. He was tortured and killed for allegedly whistling at a white woman at a convenience story. His mother chose to have an open-casket funeral after her son’s body was recovered from the Tallahatchie River to show mourners and the world the violence her son endured.

WASHINGTON — A Florida member of the right-wing Oath Keepers militia charged in connection with the Jan. 6 insurrection accused Congress of obstructing the criminal case against him, signaling one possible long-shot ...Read More

WASHINGTON — The Biden administration on Wednesday provided Russia a written response that rejects most of its demands over Ukraine, as the Kremlin signaled that such a rebuff is certain to escalate the crisis.

MIAMI — The Coast Guard found the body of one person Wednesday morning believed to be among a group of 40 migrants whose vessel overturned between the Bahamas and Florida over the weekend.

If that happens, Biden’s ...Read More

MINNEAPOLIS — The Biden administration on Wednesday canceled two minerals leases for the proposed Twin Metals copper-nickel mine in northern Minnesota, likely killing a project widely condemned for being too close to the...Read More