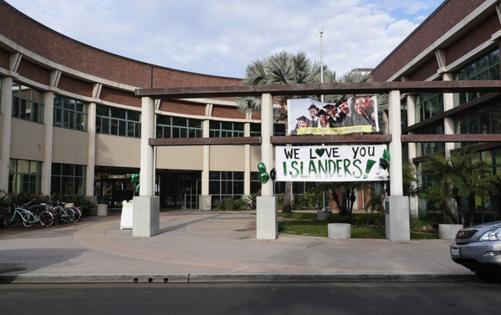 "This is not the result we were hoping for," Coronado Superintendent Karl Mueller said in a statement Tuesday. "Our boys earned the title, against a great team, on the court in a highly contested and fair athletic contest. However, we are pleased that the rest of our CHS men's and women's athletic teams are no longer part of the sanctions."

The panel's decision is the latest fallout from the June tortilla incident, in which two Coronado High School basketball players threw tortillas at the mostly Latino Orange Glen High School team from Escondido, in the aftermath of a regional basketball championship game.

The incident was controversial from the start. Some people inside and outside of Coronado condemned the act as racially insensitive, regardless of the intent of the throwers.

Other Coronado community members said there was no racial intent behind the tortilla-throwing and that Coronado High School was being unfairly punished. Some, including Mayor Richard Bailey and School Board Trustee Stacy Keszei, also have criticized some school board members for saying the incident was fueled by racism.

Bailey, who is running for Congress, criticized the panel's decision on Facebook.

"This decision by CIF is entirely indefensible as it sets the precedent that all future wins in any sport by any team will be vacated if someone, even if they are unaffiliated with the school or team, does something someone finds politically incorrect," he wrote.

Bailey added, "The governing bodies responsible for due process care more about advancing their own political narrative than the truth. Shame on them."

Conflicts about the tortilla incident have plagued the Coronado school board's meetings for the past several months.