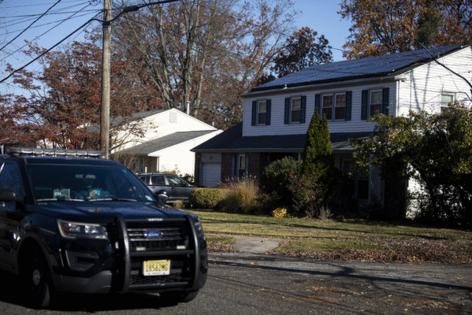 The South Jersey man who police say beat his daughter to death and assaulted his wife before taking his own life with a shotgun had attacked his family in the dead of night, claiming he couldn’t “take it anymore,” according to court records.

After going to sleep sometime around 2 a.m. at their Voorhees Township, New Jersey, home on Monday, Sheri Kelemen was awakened by her husband, Gregory, beating her with a baseball bat he had kept under the bed, according to the probable cause affidavit. As he viciously beat her, Gregory Kelemen, 57, said just one thing:

At 6:49 a.m. Monday, Sheri Kelemen called 911 and told the dispatcher that her husband had beaten her and her daughter, Katherine, 22, with a bat. After Gregory had stopped beating her, Sheri crawled into her daughter’s bedroom, where she found Katherine, known as Katie, unresponsive and covered in blood, the affidavit said.

When officers arrived at the family’s Round Hill Road home, they found Sheri and Katie in Katie’s bedroom, both suffering what appeared to be blunt force trauma injuries. Police also found a baseball bat on Katie’s bed.

Katie was taken to an area hospital, where she died a short time later. She was a junior in Temple University’s College of Liberal Arts. As of Tuesday, Sheri Kelemen, a researcher at Temple’s School of Medicine, was hospitalized in critical but stable condition, police said.

On Tuesday night, Temple University issued a statement calling the attack “a senseless tragedy that affects our entire Temple community.”

The vicious beatings launched a manhunt for Gregory Kelemen on the murder and attempted murder charges. Responding officers noticed that he was not in the house, and neither was his silver Toyota RAV 4, records show.

After the murder, he had fled the scene by car, leading police and the U.S. Marshals on a hunt that ended just a mile from the home, police said.