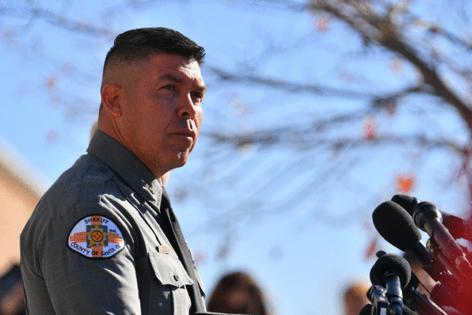 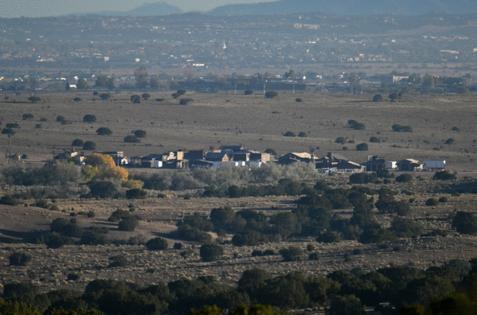 SANTA FE, N.M. — Authorities have determined that the projectile that fatally wounded cinematographer Halyna Hutchins was a lead bullet, one of roughly 500 rounds of ammunition recovered from the set of the film “Rust,” Santa Fe County authorities announced Wednesday.

“We also believe that we have the spent shell casing from the bullet that was fired from the gun,” Mendoza said.

That shell casing, along with the lead projectile and “possible additional live rounds” recovered from the set, will be submitted to the FBI crime lab in Quantico, Virginia.

Hutchins was fatally shot by what Mendoza described as a Colt .45-caliber revolver fired by actor and producer Alec Baldwin on the set of the film outside Santa Fe, New Mexico, last week.

The hundreds of rounds recovered on set were a mixture of “blanks, dummy rounds and what we are suspecting were live rounds,” according to Mendoza. Additional rounds were found inside the weapon Baldwin fired, according to Mendoza, though it wasn’t clear whether those projectiles were blanks or live ammunition.

Mendoza said a total of three firearms were recovered from the set. The weapon Baldwin fired was an FD Pietta Colt .45 revolver. The other weapons were a single action Army revolver with a modified cylinder, which may not have been able to fire rounds, and an inoperable plastic Colt .45 revolver. Baldwin was playing an outlaw in 1880s Kansas in “Rust,” wielding popular frontier firearms.

Mendoza also said that his office is investigating rumors that members of the crew may have engaged in recreational shooting on the ranch property.

“I would encourage anybody that has any information that any target practicing or any firearm was discharged away from the movie set, for practice or for whatever reason, to contact the sheriff,” he said.

The news conference was held outside the Santa Fe County Sheriff’s Office, about 10 miles from the Bonanza Creek Ranch set where “Rust” was being filmed. Mendoza was joined by New Mexico 1st Judicial District Attorney Mary Carmack-Altwies, who will ultimately decide what, if any, criminal charges will be filed in the case.