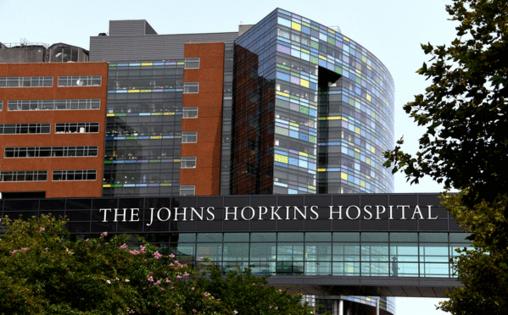 For the past 18 months, while I was undergoing intensive physical therapy and many neurological tests after a complicated head injury, my friends would point to a silver lining: “Now you’ll be able to write about your own bills.” After all, I’d spent the past decade as a journalist covering the often-bankrupting cost of U.S. medical care.

But my bills were, in fact, mostly totally reasonable.

That’s largely because I live in Washington, D.C., and received the majority of my care in next-door Maryland, the one state in the nation that controls what hospitals can charge for services and has a cap on spending growth.

Players in the health care world — from hospitals to pharmaceutical manufacturers to doctors’ groups — act as if the sky would fall if health care prices were regulated or spending capped. Instead, health care prices are determined by a dysfunctional market in which providers charge whatever they want and insurers or middlemen like pharmacy benefit managers negotiate them down to slightly less stratospheric levels.

But for decades, an independent state commission of health care experts in Maryland, appointed by the governor, has effectively told hospitals what each of them may charge, with a bit of leeway, requiring every insurer to reimburse a hospital at the same rate for a medical intervention in a system called “all-payer rate setting.” In 2014, Maryland also instituted a global cap and budget for each hospital in the state. Rather than being paid per test and procedure, hospitals would get a set amount of money for the entire year for patient care. The per capita hospital cost could rise only a small amount annually, forcing price increases to be circumspect.

If the care in the Baltimore-based Johns Hopkins Medicine system ensured my recovery, Maryland’s financial guardrails for hospitals effectively protected my wallet.

During my months of treatment, I got a second opinion at a similarly prestigious hospital in New York, giving me the opportunity to see how medical centers without such financial constraints bill for similar kinds of services.

Visits at Johns Hopkins with a top neurologist were billed at $350 to $400, which was reasonable, and arguably a bargain. In New York, the same type of appointment was $1,775. My first spinal tap, at Johns Hopkins, was done in an exam room by a neurology fellow and billed as an office visit. The second hospital had spinal taps done in a procedure suite under ultrasound guidance by neuroradiologists. It was billed as “surgery,” for a price of $6,244.38. The physician charge was $3,782.

I got terrific care at both hospitals, and the doctors who provided my care did not set these prices. All the charges were reduced after insurance negotiations, and I generally owed very little. But since the price charged is often the starting point, hospitals that charge a lot get a lot, adding to America’s sky-high health care costs and our rising insurance premiums to cover them.

It wasn’t easy for Maryland to enact its unique health care system. The state imposed rate setting in the mid-1970s because hospital charges per patient were rising fast, and the system was in financial trouble. Hospitals supported the deal — which required a federal waiver to experiment with the new system — because even though the hospitals could no longer bill high rates for patients with commercial insurance, the state guaranteed they would get a reasonable, consistent rate for all their services, regardless of insurer.