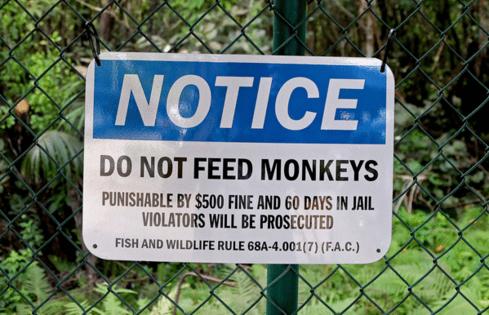 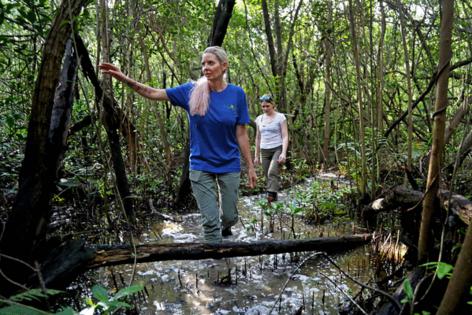 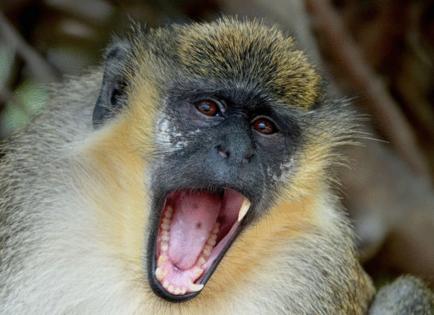 FORT LAUDERDALE, Fla. — A colony of wild monkeys in Dania Beach soon may get a permanent home, complete with fences, medical care and regular meals.

But the creation of a monkey sanctuary east of the Fort Lauderdale airport may mark the beginning of the end of a bizarre wildlife population that has survived on a wedge of swampy forest for more than 70 years.

Dania Beach Vervet Project, a nonprofit organization, is negotiating with Hertz Corp. to lease 3.75 acres next to a rental car facility to house 17 of the 45 or so African Vervet monkeys in the group. With a fenced facility, they could legally take care of the monkeys, providing them with food and veterinary care, which wouldn’t otherwise be possible under state law since they’re a nonnative species.

“The idea is to keep the monkeys from going out into the urban spaces,” said Deborah “Missy” Williams, a biologist who wrote about the monkey colony in her Ph.D. dissertation at Florida Atlantic University and heads the group. “They’re electrocuted, they get hit by cars, people try to take them for pets.”

The monkeys, descendants of a group that escaped from a breeding operation in the 1940s, can be seen at the fringes of a mangrove forest between U.S. 1 and Port Everglades, where they enjoy handouts of peanuts, fruit and candy from their human admirers.

The 17 monkeys that would go to the sanctuary are one of four groups in the population. The plan calls for placing them in a quarter-acre enclosure, with travel tubes that allow them to explore the full sanctuary site.

The plan also calls for them to be sterilized. Williams said that’s not ideal, and some members of her group aren’t happy at the impending decline of the colony. But she said it would be impossible to find home for any additional monkeys, since it’s illegal to release them into the wild and zoos aren’t interested in such a common species.

“If we ended up with a surplus of animals, it would be difficult to place them,” she said. “They want the monkeys to be in Dania forever. And I appreciate that. It’s just the welfare issues outweigh that.”

In the past year, the colony lost more than 10 members to car strikes, electrocution on power lines, injuries that could have been treated, and illegal trapping for pets.

“If they can live out the rest of their lives in this habitat that’s now their own, that would be ideal,” said Julie Abolafia, managing director of Meridian Commercial, a real estate firm, who volunteered to help the monkey organization obtain the lease.

Hertz has agreed in principle to a long-term lease, Williams said, and they’re now negotiating the details. The rent has not been set. The nonprofit group has begun raising money to pay the cost, as well as the cost of taking care of the monkeys. They’ve set up a fundraising site.

The sterilization policy means that the population in the sanctuary inevitably will dwindle. The other bands of monkeys eventually may go in too, Williams said, although not for years.

“There will be three other social groups that will still be free ranging there,” she said. “There’s still the possibility for this group to exist in the future. It’s just the ones we put into the sanctuary won’t be contributing to the future generations.”

Even without the sterilization of the monkeys in the sanctuary, Williams said, the colony’s long-term prospects are pretty bleak. Computer programs that assess a population’s viability, looking at factors such as age distribution and mortality rates, predict the colony’s extinction over the next 100 years.

For the monkeys, however, the future of the colony may not be all that important. Their ancestors escaped from the Dania Chimpanzee Farm, which imported monkeys to the United States for use in laboratories. Although they had no way of knowing their original fate, they presumably would prefer life in the Florida sunshine.