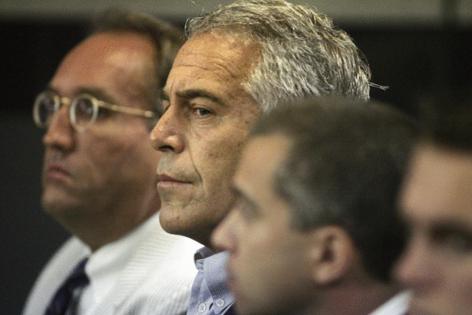 Just weeks before he was arrested for sex trafficking underage girls in 2019, he sent one of his luxury jets to Georgia.

Huff liked the luxury plane, the company’s flagship, and Epstein sold him controlling interest in JEGE in June 2019.

But according to a recently filed lawsuit, Epstein never disclosed that the company could be undermined by his sexual misdeeds. Huff is now suing the late hedge fund magnate’s estate in federal court. He’s being represented by Kennesaw attorney Jeff Banks.

The suit claims JEGE is still haunted by the “stigma of Jeffrey Epstein” and the company’s assets plummeted more than $1.5 million immediately after Epstein’s alleged underage sex ring made front-page headlines.

Less than a month after selling the business to Huff, federal investigators raided Epstein’s Manhattan mansion and arrested the financier on allegations that he preyed on dozens of girls as young as 14.

According to his indictment, Epstein gave the underage girls money to have sex with him at his New York City mansion and Palm Beach, Florida, estate from 2002 to 2005. Investigators contend he paid several of his victims to recruit more girls and “worked with several employees and associates to ensure that he had a steady supply of minor victims to abuse.”

Epstein died from an apparent suicide Aug. 10, 2019, while awaiting trial inside a federal jail cell in Manhattan. He was 66.

Huff’s complaint, filed Oct. 20 in a U.S. District Court in Atlanta, alleges a “breach of fiduciary duty,” claiming Epstein failed to disclose the “egregious and atrocious crimes against children” he committed while he ran JEGE. The company’s reputation was ruined from the fallout of Epstein’s “massive criminal enterprise involving rape, sex trafficking, sexual abuse, physical assault, blackmail, intimidation, fraud and deceit,” the suit goes on the allege.