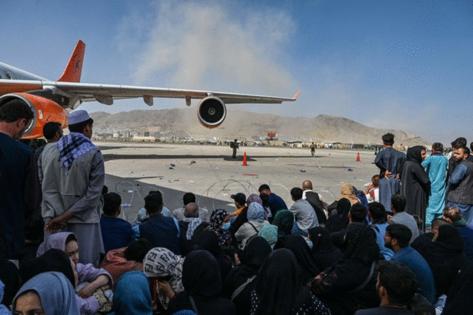 Denver Human Services says it's the biggest influx of parentless kids the organization has seen in recent memory.

"We aren't sure of the details as to how they became unaccompanied," said DHS Unaccompanied Refugee Minors Program Manager Tamara Smith. "Some parents sent their kids to the U.S. and stayed. Some of the children's parents are dead. A lot of them come with significant trauma."

Smith said that the best-case scenario for the young refugees would be for them to be cared for by people in the Afghan community. If DHS can't find enough Afghans to take the children in, she advises any non-Afghan potential foster parent to be aware of cultural differences like religion, food and language.

She acknowledges that DHS is entering the situation blindly, as the organization doesn't know if the children speak English and is unaware of the male-to-female ratio and how badly the youth have been traumatized by the war.

"Most of them are teenagers," she told The Denver Gazette. "There aren't many 2-year-olds."

The most recent numbers show that 360 unaccompanied and separated Afghan children have been registered in Doha and Ramstein, Germany air bases, UNICEF's Nina Marie Costa told The Gazette. Of those, 150 children have left for other countries, including the 30 headed for Colorado. UNICEF reports that it is currently working to reunite any children with their parents if they are still alive.

The orphaned child evacuees will have refugee status, and DHS has been told they may be coming sooner rather than later, Smith said.

Though many of the up to 2,000 Afghan evacuees expected to resettle in Colorado are intact families with a mom and dad, there are also heartbreaking cases, The Gazette has learned, including displaced pregnant women and elderly. In addition, the city and county of Denver is working with state and federal partners, as well as local resettlement agencies, to fill the gaps, including locating permanent housing, job placement and medical care.

After months of living on borrowed time, one Afghan family’s first taste of freedom was peanut butter and jelly sandwiches in a 15-passenger van, courtesy of his American sponsor and former battle buddy.