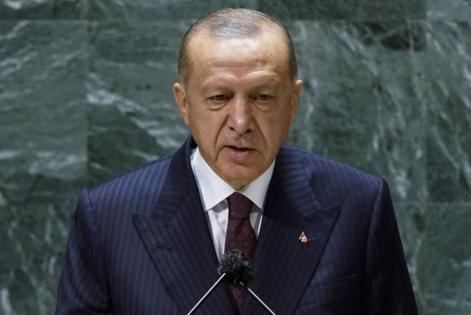 ISTANBUL — President Recep Tayyip Erdogan said the ambassadors of 10 nations, including the U.S., Germany and France, were no longer welcome in Turkey after they demanded the release of a prominent businessman and philanthropist.

“I gave the necessary orders and told our foreign ministry to quickly take care of declaring these 10 ambassadors personae non gratae,” Erdogan said in a televised speech in Eskisehir, west of Ankara.

A declaration of persona non grata against a diplomat usually means the individual will be banned from remaining in the country.

Erdogan said Thursday that Turkey can no longer afford to host the envoys of the U.S., Germany, France, the Netherlands, Denmark, Finland, Sweden, Canada, Norway and New Zealand after they issued the joint call for Osman Kavala’s release.

Their rare coordinated appeal shows how Western nations have come to see the case as a test of the independence of Turkey’s judiciary and the rule of law.

Kavala stands accused of participating in a failed 2016 coup attempt against Erdogan. He’s denied collaborating with followers of U.S.-based Islamic cleric Fethullah Gulen, who Erdogan says orchestrated the attempted putsch. A Turkish scholar in the U.S., Henri Barkey, is being tried in absentia in the same hearings.