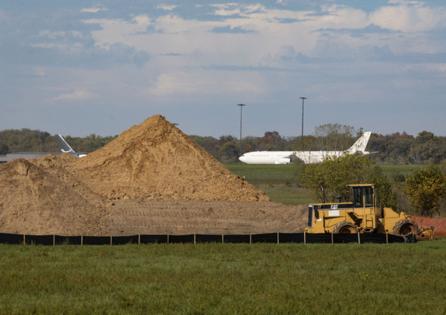 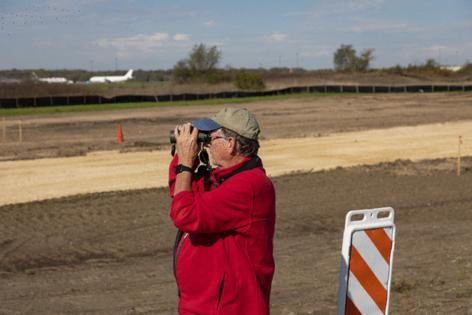 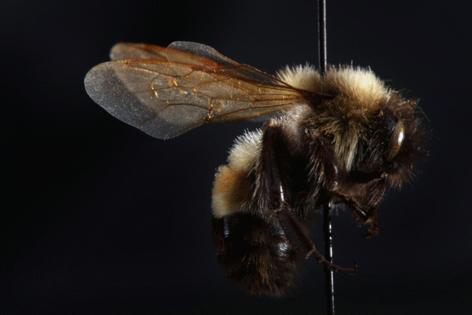 Meanwhile, biologists and conservationists are working to convince the prairie’s owner, the Chicago Rockford International Airport, to change its plans for a roughly 280-acre expansion that would go through the heart of the Bell Bowl Prairie in Winnebago County.

This 5-acre virgin gravel prairie is part of only 18.4 acres of this type of prairie left in the state, according to the Illinois Natural Areas Inventory.

Bell Bowl Prairie contains at least 164 species of plants, many of which are rare, and birders have found rare nesting birds such as the grasshopper sparrow.

“It’s like having a 500-year-old ancient, grandfather clock and saying, ‘I’m going to tear it up and throw it in the fireplace so I can roast marshmallows,’ ” said Randy Nyboer, a recently retired ecologist with the Illinois Department of Natural Resources and Illinois Natural History Survey.

Work has begun on the multimillion dollar airport expansion, which includes building a new cargo center and expanding cargo ramps for more planes, as well as building new roads and parking areas. Most of Bell Bowl Prairie will be destroyed as part of the expansion.

Kerry Leigh, executive director of the Natural Land Institute, said airport officials have refused to meet with the land institute and its partners to discuss ways for the expansion to circumvent the prairie.

“The airport can be heroes by saving the prairie,” she said.

Airport officials would only comment in an email statement about the expansion plans.

The airport “followed all guidelines and rules set forth by the FAA, federal, state and local government that are required in order to proceed with any development in the assessment area. This included public notices, public meetings and notices to all media in the area. As required, RFD (the airport) completed the environmental assessment in 2019 and ultimately received a finding of no significant impact from the FAA in November 2019,” said Zack Oakley, deputy director of operations and planning for the airport, in the statement.