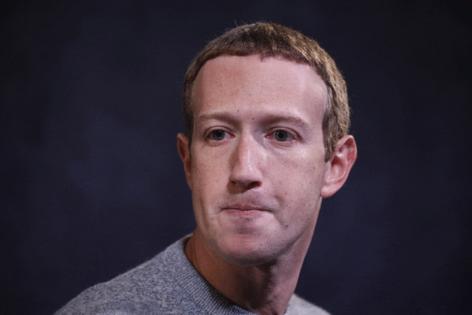 WASHINGTON — As rioters breached barricades and bludgeoned police with flagpoles before storming the U.S. Capitol on Jan. 6, some employees at Facebook Inc. took to an internal discussion board to express shock and outrage.

Many of the posts were imbued with a dawning sense that they and their employer — whose platforms for weeks had spread content questioning the legitimacy of the election — bore part of the blame. “I’m struggling to match my value to my employment here,” said an employee as the violence of the afternoon continues. “I came here hoping to affect change and improve society, but all I’ve seen is atrophy and abdication of responsibility.”

The remarks, directed at Chief Technology Officer Mike Schroepfer, were included in a package of disclosures provided to Congress in redacted form by lawyers representing Frances Haugen, a former Facebook product manager. The documents, obtained by a consortium of news organizations including Bloomberg, provide a unique window into a Facebook few outsiders ever see: a stunningly profitable technology company showing signs of sagging morale and internal strife.

“All due respect, but haven’t we had enough time to figure out how to manage discourse without enabling violence?” said one employee, according to a copy of posts by staff from Jan. 6. “We’ve been fueling this fire for a long time, and we shouldn’t be surprised it’s now out of control.” The remark was previously quoted in an article in The Wall Street Journal.

In a statement, Facebook said it ran the largest voter information campaign in U.S. history and took numerous steps to limit content that sought to delegitimize the election, including suspending Donald Trump’s account and removing content that violated company policies.

“In phasing in and then adjusting additional measures before, during and after the election, we took into account specific on-platforms signals and information from our ongoing, regular engagement with law enforcement. When those signals changed, so did the measures,” according to a Facebook representative.

Facebook spent more than two years preparing for the 2020 election with more than 40 teams across the company and removed more than 5 billion fake accounts that year, according to a company statement. In addition, from March to Election Day, the company removed more than 265,000 pieces of Facebook and Instagram content in the U.S. for violating voter interference policies. It also deployed measures before and after Election Day to keep potentially harmful content from spreading before content reviewers could assess them, which the company likened to shutting down an entire town’s road and highways to respond to a temporary threat, according to the statement.

Over the 24 hours that followed the insurrection, employees — whose names are redacted in the documents— used the internal version of Facebook to debate the company’s performance in frank terms. Among the criticisms: that Facebook failed to aggressively act against “Stop the Steal” groups that coalesced around the false notion that former President Donald Trump had won the election. And that the company's leaders repeatedly let down rank-and-file employees fighting to more aggressively curtail misinformation and other harms.

Some of those observations were later backed by research carried out by Facebook earlier this year, according to the documents. Enforcement policies that focused on individual posts weren’t applied quickly enough to a coordinated movement of users and groups spreading quickly across the platform, a 2021 analysis of company failures around Stop the Steal found.

“It wasn’t until later that it became clear just how much of a focus point the catchphrase would be, and that they would serve as a rallying point around which a movement of violent election delegitimization could coalesce,” the analysis concluded.