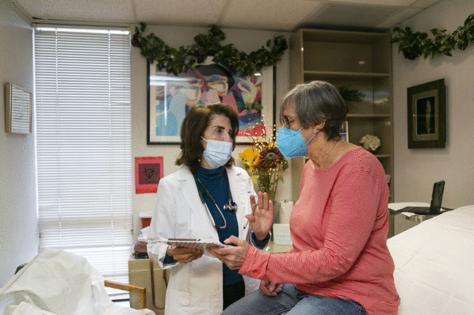 FORT LAUDERDALE, Fla. — Florida’s COVID-19 cases and positivity rate plunged this week to their lowest levels since the first week of the summer when the delta wave began its surge through the state.

The number of new cases for the week dropped to 15,314, according to a report released Friday by the Florida Department of Health. The case count is down from 19,519 last week and 25,792 the previous week.

As the state recovers from the delta wave, it is no longer considered an area with “high” community transmission, and the CDC categorizes it as having “substantial” transmission.

The number of people vaccinated grew by 74,850 but that’s an increase of less than half a percent. The total number to receive at least one dose stood at nearly 13.865 million, about 73% of the eligible population. Counties in the panhandle have the lowest vaccination rates in the state while Miami-Dade and Broward counties have the highest rates.

Throughout the pandemic, a total of 3,635,126 people in the state have had COVID.

Public health experts say the virus is considered under control when the COVID-19 test positivity rate is under 5%. Until the past two weeks, Florida had exceeded 5% in its widely publicized calculation for assessing the rate for testing of residents for the last three months.

Health officials reported a statewide positivity rate of 3.4% on Friday, down from 3.8% a week ago and 4.8% two weeks ago. This method of calculating positivity counts new infections only but also counts repeat negative tests, which skews the figure downward.

In South Florida, the new case positivity rate is below 5% in all three counties.