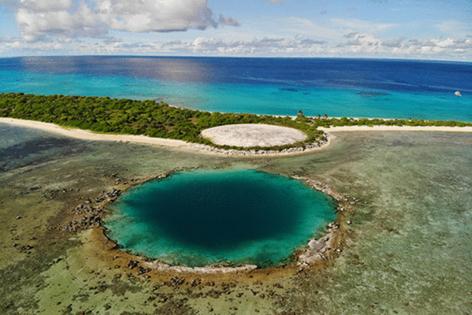 For months, U.S. refusal to accept responsibility for a leaking dome of radioactive waste in the Marshall Islands has complicated negotiations with the Marshallese government on an international compact viewed as crucial for blunting Chinese influence in the central Pacific.

On Thursday, members of a congressional oversight committee scolded representatives of the Biden administration for not making more progress on negotiations and taking the Marshallese position more seriously. During the hearing, administration officials offered conflicting statements on U.S. obligations to the Marshall Islands, making it unclear where the White House stands on America’s history in the region. In addition, the U.S. State Department declined to participate.

“The point of the hearing today was to examine why the United States is not willing to discuss the nuclear legacy with the Marshallese,” said Rep. Katie Porter, D-Calif., who along with a bipartisan panel of lawmakers stressed the critical role the Republic of the Marshall Islands plays in U.S. national security and safety.

Porter, who heads the Natural Resources Subcommittee on Oversight and Investigations, said negotiations will be difficult “unless we act on the moral and national security imperative that we have to address the nuclear legacy.”

The hearing was timed for the 35th anniversary of the signing of the agreement between the two nations, which is set to expire in 2023. It also comes as China develops friendly relations with nations of the central and South Pacific, part of a broader strategy to stem U.S. influence off its shores and worldwide.

The Marshall Islands’ Kwajalein Atoll is home to the Ronald Reagan Ballistic Missile Defense Test Site — where the U.S. tests its long- and mid-range missile defense system. Its location halfway across the Pacific allows the U.S. military to monitor hostile foreign forces, and it is also an important hub for the American space program.

Realizing its leverage, the Marshallese government is increasingly pressing U.S. officials to take ownership for cleaning up Runit Dome. The leaking nuclear repository holds 3.1 million cubic feet of radioactive waste, a byproduct of U.S. weapons testing during the Cold War, and a focus of a Times investigation in 2019.

For decades, the U.S. government has deflected. Instead, it insists the Marshall Islands is solely responsible for the waste site, even though Congress has required the Department of Energy, with funding from the Department of the Interior, to monitor it indefinitely.

In his testimony, Matthew Moury, the Department of Energy’s associate undersecretary for environment, health, safety and security, stated that although his department intends to carry out promised testing near the site, the people of the Marshall Islands “bear full responsibility for maintaining and monitoring Runit Dome.”

Porter asked Nikolao Pula, director of the Office of Insular Affairs for the Department of the Interior, whether he agreed with that statement.