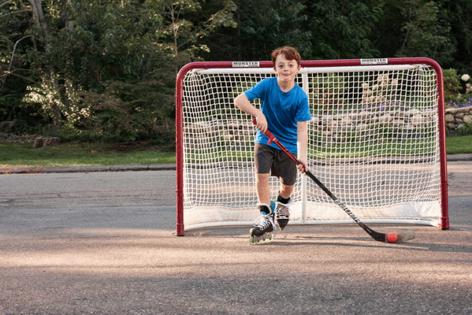 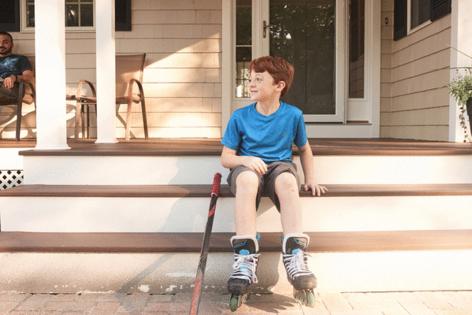 Infected in mid-February, both lost their senses of taste and smell. Dante, 9, had a low-grade fever for a day or so. Michael, 13, had a “tickle in his throat,” said their mother, Michele DeMaino, of Danvers, Massachusetts.

At a follow-up appointment, “the pediatrician checked their hearts, their lungs, and everything sounded perfect,” DeMaino said.

Then, in late March, Dante developed another fever. After examining him, Dante’s doctor said his illness was likely “nothing to worry about” but told DeMaino to take him to the emergency room if his fever climbed above 104.

Two days later, Dante remained feverish, with a headache, and began throwing up. His mother took him to the ER, where his fever spiked to 104.5. In the hospital, Dante’s eyes became puffy, his eyelids turned red, his hands began to swell and a bright red rash spread across his body.

Hospital staffers diagnosed Dante with multisystem inflammatory syndrome in children, or MIS-C, a rare but life-threatening complication of COVID-19 in which a hyperactive immune system attacks a child’s body. Symptoms — fever, stomach pain, vomiting, diarrhea, bloodshot eyes, rash and dizziness — typically appear two to six weeks after what is usually a mild or even asymptomatic infection.

More than 5,200 of the 6.2 million U.S. children diagnosed with COVID-19 have developed MIS-C. About 80% of MIS-C patients are treated in intensive care units, 20% require mechanical ventilation, and 46 have died.

Throughout the pandemic, MIS-C has followed a predictable pattern, sending waves of children to the hospital about a month after a COVID-19 surge. Pediatric intensive care units — which treated thousands of young patients during the late-summer delta surge — are now struggling to save the latest round of extremely sick children.

The South has been hit especially hard. At the Medical University of South Carolina Shawn Jenkins Children’s Hospital, for example, doctors in September treated 37 children with COVID-19 and nine with MIS-C — the highest monthly totals since the pandemic began.

Doctors have no way to prevent MIS-C, because they still don’t know exactly what causes it, said Dr. Michael Chang, an assistant professor of pediatrics at Children’s Memorial Hermann Hospital in Houston. All doctors can do is urge parents to vaccinate eligible children and surround younger children with vaccinated people.