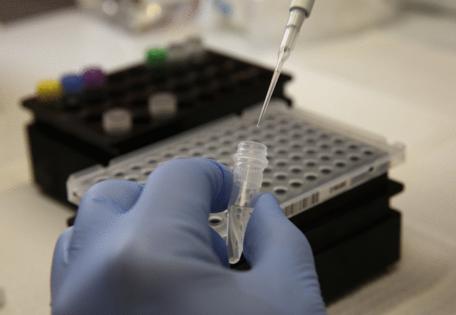 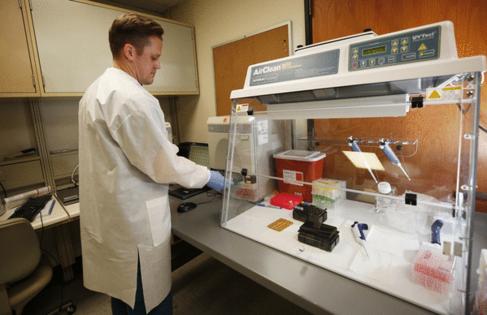 In an old bank building in Brooklyn, New York, amateur microbiologists were tinkering with DNA when the anarchist appeared. Then came a robotics expert, coders and other industry revolutionaries. Before long, this collection of inventive, if wildly independent, experimenters would reimagine COVID-19 testing in the fight against a globe-crippling pandemic.

That moment in the spring of 2020 was emblematic of how disrupters upend the status quo to advance science and technology. Will Canine, a biohacker and former Occupy Wall Street organizer, and his team of idealists and iconoclasts launched a Kickstarter campaign to build a robot that they hoped would bypass elite labs and corporate monopolies to change the world. They succeeded.

The federal government and corporations such as LabCorp had failed to scale up COVID-19 testing, which often involved a tedious liquid transfer process called pipetting. Canine and his fellow biohackers developed an automated robot platform to speed things along. The platforms have since been shipped to more than 40 countries with dramatic results: In New York City, for example, the turnaround time for test results went down to 12 hours from two weeks, helping to quickly isolate infectious people and reduce the virus' reach.

Without the robots, the pandemic probably would have killed thousands more in its early days. The platforms are now detecting and tracking new coronavirus variants and helping test for dozens of other infections, including HIV and the flu. Few people have even heard of Opentrons. But the company — valued a year ago at $90 million — is now worth $1.8 billion.

The story of Canine's low-cost robot, called OT-2, is part a broader movement by amateur scientists to democratize biotechnology in order to avert or correct catastrophic failures by the establishment.

Public access to biotech tools is accelerating at a pace that makes the software revolution of the late 20th century seem archaic. It presents monumental ethical challenges and makes law enforcement officials anxious over security threats. But COVID-19 has altered the political landscape of biotech, exposing both the failures of a traditional diagnostic bureaucracy and the little-known army that came to its rescue using the lifesaving potential of open-source science.

Megan Palmer, a biological engineer at Stanford who studies the intersection of security and biotech, called it "a moral imperative — a moment of pivotal, global reflection where we decide: Are we going to build platforms to let everyone innovate?"

Long before the robot, the microbiologists signed a lease in Brooklyn.

In 2013, every tenant at 33 Flatbush Ave. — the converted bank — appeared to be a hacker at heart: foam sculptors, biofuel-inspired costume designers and a tech-artist group called Dark Matter Manufacturing. The buzzer of the building had been rewired to blast native birdcalls; sidewalk passers-by often glanced over their shoulders as a bald eagle clucked.