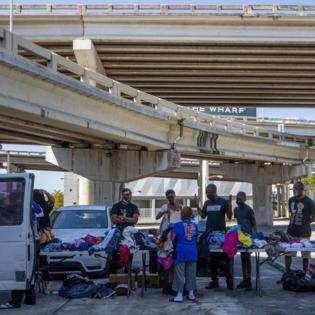 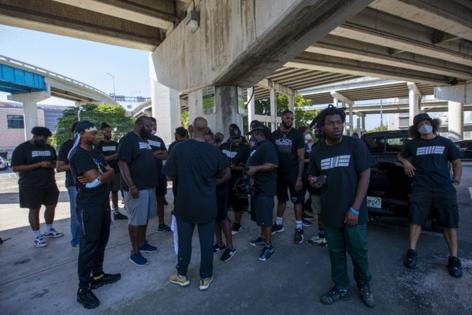 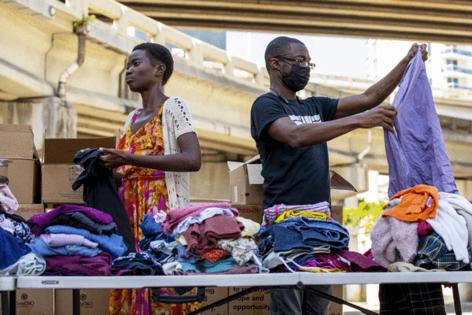 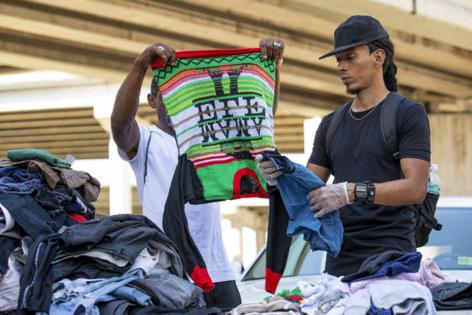 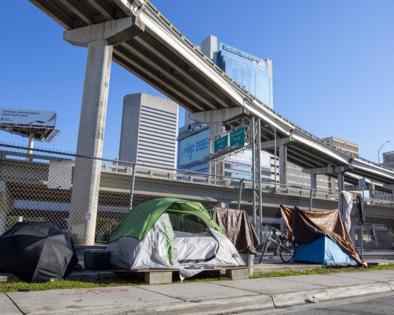 MIAMI — Far below the twisting, turning concrete that marks the place where I-95 crosses over the Miami River and connects downtown with the rest of the eastern seaboard, more than two dozen of Miami’s neediest residents await the arrival of a white van filled with the essentials necessary to survive life on the street in the Magic City.

A group of volunteers stand among the crowd, coaxing them to form a line while fielding questions about shoe and pants sizes. When the van arrives, it’s not only packed with clothes but also sandwiches, water and pasta — making this unsanctioned homeless outreach effort an illegal event.

These sorts of large feedings, which the city code defines as events “likely to attract 25 or more people, including distributors and servers for the delivery or service of food in a public space,” have been outlawed without a permit since July 2020. A ban on homeless encampments could pass and be enforced by the end of November.

Despite the mounting pressure on homeless advocacy groups, some organizations say they won’t comply with Miami’s latest directives, an act of civil disobedience meant to fight what some see as the renewed movement at City Hall to criminalize homelessness.

“If they really want to help unsheltered people, they would end the housing crisis,” said activist Valencia Gunder, whose organization The Smile Trust has helped feed people on the street for the last seven years.

Gunder, who refuses to apply for a city permit, says someone called the police on her for a feeding in August, something she says had never happened before. She and her staff had set up shop in their normal spot at the parking lot on the corner of Southwest Second Avenue and Second Street but were soon greeted by police who forced her to move the operation, according to Gunder. Undeterred, she was right back in the same lot on Sunday.

“This is what we do,” Gunder said. “We shouldn’t be getting fined or criminalized or harassed because we’re helping. The county and the city should be proud of us.”

Gunder isn’t the only provider who claims to have been confronted by police while trying to feed the needy.

Gabby Cordell, who came out to help reconnect homeless people with their families, says she was hit with a $250 fine for a feeding through her organization Choose Love Foundation in early October. Similar to Gunder, Cordell said she had never been bothered by the police in her 15 years of serving. She, too, has zero plans of stopping.

The Miami commission is “waging war on poor people not poverty,” Cordell said. “As a society, we should be helping the poor…. To cut off their food supply is cruel and inhumane.”